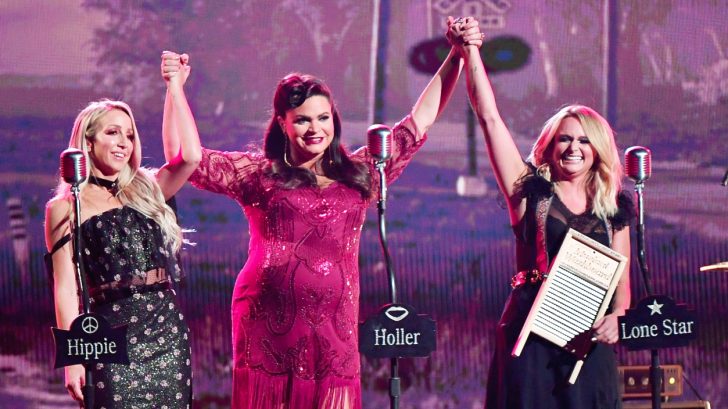 Miranda Lambert, Angaleena Presley, and Ashley Monroe have never been known for playing by the book or following the rules. 2018’s CMA Awards performance was no exception.

Years In The Making

In 2011, The Pistol Annies released their debut album, Hell On Heels which was unapologetically real, as its songs talked about love gone wrong and “Takin’ Pills.” They were an instant hit and within two years, they decided to drop their second album, Annie Up. In the universally loved album, the talented trio revealed the harsh truth of how families keep secrets to keep up appearances in the upbeat “Hush Hush.”

Now, five years after their last album release, the ladies have come finally come back with the raw and real album, Interstate Gospel. They slowly leaked news about the album before releasing it and even sent out postcards with hints about the songs that their fans slowly pieced together.

Thursday. We’ve got news. Stay tuned… PS: we just gotta say…y’all are smart. And if you haven’t taken a look back through the hashtag #PistolAnniesAreBack, you should ?

Finally, they released the full album in early November. Interstate Gospel featured songs like “Got My Name Changed Back” which has been called the new “divorce anthem” by fans.

Together For The CMA Awards

While the ladies all have their own separate lives, it is great to see that their sisterhood is still such a major part of them. Just watching them on the CMA Awards stage, you can feel the energy between the ladies.

They gave an electric performance of their new song “Got My Name Changed Back.” You can watch it all unravel in the video below and let us know what you think in the comments!