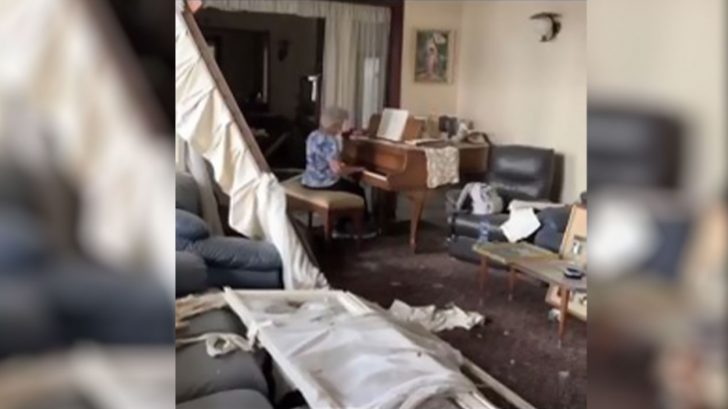 A massive explosion rocked the Lebanese capital of Beirut on Tuesday evening, August 4, 2020.

According to CNN, at least 100 people were killed in the blast, and the death toll could rise as many more people are reported missing. At least 4,000 people were injured in the explosion and around 300,000 people have been displaced from their homes by the blast.

A video of one woman who survived the explosion has touched the hearts of thousands. It shows her playing her piano while surrounded by debris. Her home was tragically damaged during the blast.

Sad day for Beirut & Lebanon with the big explosion at Beirut Port. All thoughts are with the lost and loved ones. Hope never leaves my city after all. #Beirut #PrayForLebanon #prayforbeirut #PrayersForBeirut #Lebanon #LebanonExplosion #لبنان #بيروت #بيروت_في_قلوبنا pic.twitter.com/NJMQeVQcm8

The tune she decided to play was “Auld Lang Syne,” a Scottish poem written by Robert Burns in 1788, and later set to the tune of a traditional folk song. The literal translation of the phrase ‘auld lang syne’ is times long past. In America and Scotland many people sing the song when they beckon in the New Year, but it is also sung for those fallen in battle, died, or the ones who were lost and never found.

The explosion took place at 6:07 p.m. local time Tuesday near Beirut’s port and central district, close to many highly-populated areas and tourist sites. Those looking to help the victims can do so directly though the Lebanese Red Cross.

For another look at Beirut following the explosion, watch the video below.