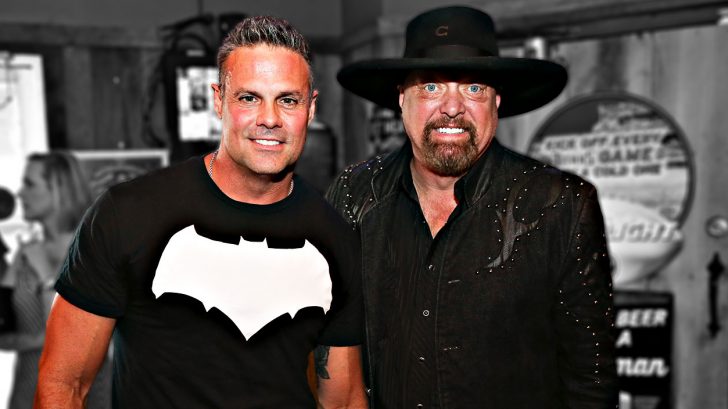 In an open and heartfelt interview, one half of the beloved country duo opened up about the loss of his partner and moving on without him, but revealed that there was a plan behind how he moved forward.

Montgomery Gentry has been known as one of the hardest-rocking country duos around and earned a reputation for their no-holds-barred approach to country music; singing about everything that was important to them and never compromising their values.

Together, Eddie Montgomery and Troy Gentry crafted some of the biggest hits and most memorable country songs of the last 20 years. Sadly, the duo experienced an unimaginable loss on September 8th, 2017 when Troy was killed in a helicopter crash just hours before they were set to perform.

Speaking openly with CMT, Montgomery revealed the hard decision to continue performing without his longtime partner by his side – and explains how he and Gentry made that decision together.

While the choice to continue performing as Montgomery Gentry after Gentry’s passing is a very difficult one, Montgomery explains that the whole thing was planned out – years in advance.

The duo had sat down years ago, Montgomery revealed, and had the hard conversation about how they wanted to do things if one of them were to pass away before the other. While the talk is never one anyone would wish to have, they both knew that it was an important one.

“I always thought I was going to be first,” he continued. “We talked about it because I like to live on the wild side — me and him both. I wanted to keep going because I know T-Roy would be right here going, ‘I’m going to kick your ass if you don’t get out there and keep this going.’ I can’t wait to get out and play the music.”

Montgomery Gentry’s first concert as a solo act was on January 19, 2018 in Sioux Falls, South Dakota, and featured both new and old music from their vast catalog. The final album with Troy Gentry was released on February 2nd, 2018, and is titled Here’s To You.

Watch the video below of their first single from the album, “Better Me” below.