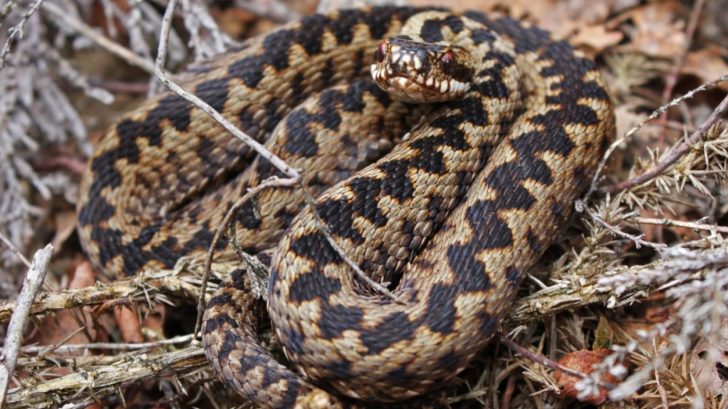 Local authorities in Birmingham said that a young girl was rushed to the hospital after being bitten by a venomous snake on Saturday (April 16) while she was with her family having an Easter picnic.

Authorities said the adder attack happened in Kinver Edge, which is on the border of Worcestershire, Staffordshire, and Black Country.

The girl was treated at Birmingham Children’s Hospital and ended up needing two intravenous infusions of anti-venom serum. She also remained at the hospital over the weekend as a precaution and to observe her recovery.

The father of the girl, David Rathbone, said while they were on the picnic, his daughter spotted the snake in the grass and reached down to touch it with her finger.

Rathbone told Birmingham Mail, “The snake did not retreat but stuck at her finger. She gave out a ‘yelp’, at which point I grabbed her hand and sucked hard at the wound on the tip of her index finger. The snake still did not retreat. The snake also struck at my hand forcing me to whip my hand out of range.”

The little girl, of course, complained of the pain and swelling that was starting to happen in her hand, and they both got into the car and drove directly to the hospital.

It took about 15 minutes for them to drive from the picnic to the hospital and the swelling on her finger rapidly increased, along with the pain.

When he got her to the minor injuries unit he said her whole arm had begun to swell.

“The staff acted swiftly, binding her hand and lower arm. Then they took the decision to whisk us under blue lights to Birmingham Children’s Hospital where serum was stored. She was taken into the resuscitation unit. She was in fine spirits throughout, being a very brave girl, until she received an intravenous infusion of anti-venom serum, which made her quite ill as it’s a strong drug,” Rathbone said.

After she received a tetanus shot, doctors kept her under close observation. They later gave her another intravenous infusion.

It wasn’t long after that she said she was feeling fine, and ready to go home. In fact, her dad says she was a little fed up missing out on the planned Easter egg hunt.

“This is very rare event, and the snake’s behaviour quite bizarre, perhaps triggered by the sudden change in weather to this warm spell. I hope this alerts walkers using similar bracken heathlands,” he said.