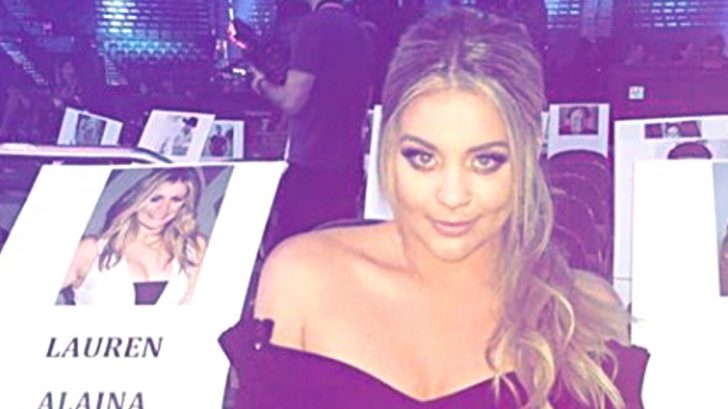 In late March, the ACM Awards host Reba McEntire surprised three artists with a special phone call. During that call, McEntire informed the artists that they were some of the 2018 ACM Awards‘ earliest winners.

Alaina’s reaction to McEntire’s phone call was the most emotional of the three. She burst into tears when she heard McEntire say she had just won an ACM Award, prompting McEntire to say, “You’re gonna make me cry, now cut that out!”

Over the weekend @Reba called the ACM New Artist of the Year winners to let them know they had won! Let’s just say our New Female Vocalist of the Year had us all in tears. Congrats @Lauren_Alaina! #ACMawards pic.twitter.com/q0DN9jJuje

In addition to being the New Female Vocalist of the Year, Alaina is also nominated for Vocal Event of the Year for her collaboration with Kane Brown on the hit single, “What Ifs.” The nomination is especially meaningful to the duo, since they actually went to the same school and sang together in middle school choir.

As the ACM revealed via a press release on Thursday (April 12), Alaina and Brown will also be working together as the awards’ official social media correspondents. The press release describes their roles as such:

“While roving at ACM Party for a Cause® events and awards show rehearsals leading up to the annual broadcast, as well as backstage as the show airs, Alaina and Brown will bring fans a front-row seat and behind-the-scenes perspective of the ACM Awards® experience in real-time.”

Alaina has already gotten a jump on her duties, and has offered fans a sneak peek at one of the most buzzed-about topics leading up to every country music awards ceremony…the seating chart.

Taking to Instagram, Alaina shared a photo of herself sitting where she will be watching the show when she isn’t busy performing her social media correspondent duties. To no surprise, a piece of paper indicates that Brown will be seated next to her.

You can see the photos of many other artists in the rows behind Alaina, but it’s hard to tell who’s who. Check out her post below to see if you can identify any of the other artists!

We can’t wait to see what other behind-the-scenes stuff Alaina and Brown have to show us from the ACM Awards. Maybe by the time the night is over, they’ll also walk away as winners for “What Ifs!”