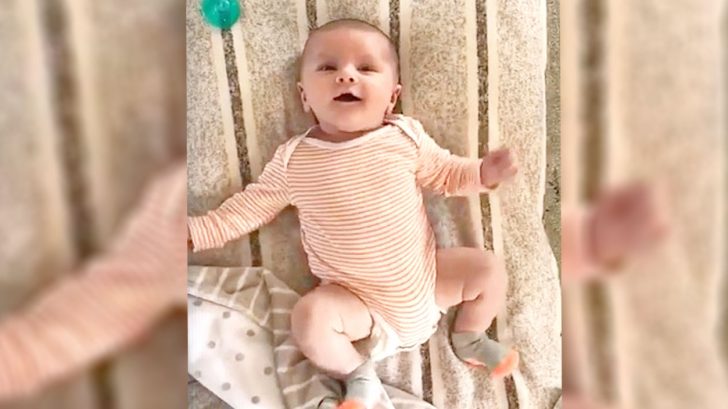 2017 was eventful for Dylan Scott, and for more reasons than one. It was the year he scored his first chart-topping hit with “My Girl,” the year he released his first Christmas EP, and the year he became a father.

Dylan and his wife, Blair, welcomed their son, Beckett Scott Robinson, on December 12, 2017. It didn’t take long for the proud father to share the news of Beckett’s birth on social media, as he wrote, “We are now one healthy happy family of 3.”

Everyone meet Beckett Scott Robinson! Born today at 5:20pm weighing 8Ibs and 21inches long. @blair_a_robinson did so good! Thanks to everyone for all the prayers. We are now one healthy happy family of 3. #myboy

2017 also marked the release of Scott’s latest single, “Hooked,” which was co-written by Kelsea Ballerini‘s now-husband, Morgan Evans. As Morgan explained in an interview with The Boot, he wrote the song shortly after he and Kelsea started dating.

“I love that song, for starters, and Dylan did a great version of it,” he said.

One person who seems to be hooked on “Hooked” is little Beckett, who was nearly two months old when Dylan played the song on live TV. He got the chance to perform “Hooked” on The Today Show, and Beckett was loving it.

Dylan shared a video of Beckett listening to his performance, and the little guy’s response was priceless. He instantly started smiling and kicking his feet around at the sound of his daddy’s voice.

You can catch the adorable moment in the clip below. We think it’s safe to say that Beckett is his dad’s biggest fan!

Watch this till the end and tell me this just isn't the cutest thing ever? Beckett was loving Hooked on the @todayshow this morning.