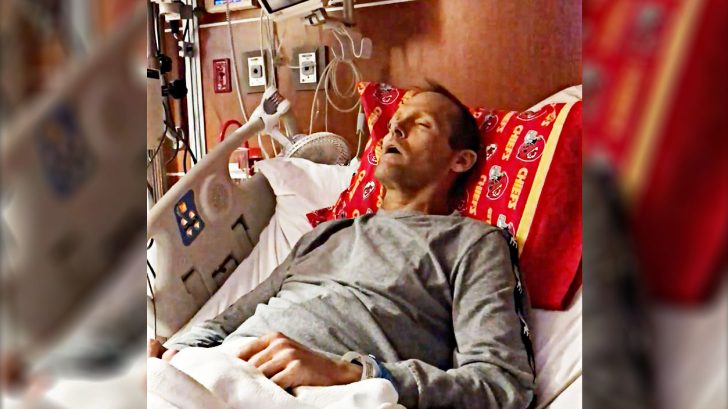 A firefighter for more than 30 years, this life-long country music fan had just one dying wish – to sing his favorite Garth Brooks song, “The Dance.”

Marc Wright spent three years battling cancer before doctors discovered that it had spread to his liver, two lymph nodes, and into his lungs. It was then that, surrounded by family and friends, he requested to have someone play the guitar while he sang his favorite country song.

Marc Wright was a gentle, caring man that was also an aggressive, high performance firefighter. His soft spoken personality comforted many in their darkest hour. He was truly prompt, proud, and professional while always lending a helping hand. Rest in peace brother. pic.twitter.com/sPhFdGHryG

As his friend softly played the guitar, Wright poured his heart and soul into this treasured performance while his loved ones watched, tears streaming from their eyes.

The video quickly became a trending topic on social media and even captured the attention of Brooks himself, who spoke highly of Wright in a recent Facebook Live video session.

“When you find a good voice for a good song, all of a sudden it takes on its own voice, and I’ve never heard ‘The Dance’ sung like this guy sings it.”

Just five days after he sang this beautiful rendition of the dance, Marc Wright passed away on January 29th, surrounded by loved ones.

One Columbia firefighter has impacted the community, friends and family in a number of ways.

After battling multiple different types of cancer since 2014, Marc Wright has passed away… but his legacy will continue to live on. Hear how tonight at 9/10. @KOMUnews pic.twitter.com/aUu3u4i7dI

Watch the video below of Marc’s final performance of his favorite country song.

Our thoughts and prayers are with his family and loved ones…