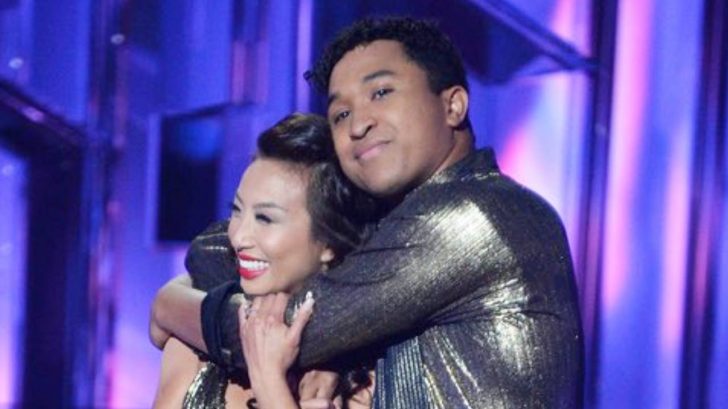 Best known for being a co-host on the daytime talk show The Real, Jeannie Mai has been inspiring so many people the last several weeks during her time competing on Dancing With The Stars. Unfortunately, her time on the show has come to an end – and for a “potentially life threatening” reason.

News about Mai pulling out of the competition was first announced on DWTS‘ official social media accounts.

The social media statement read, “Jeannie Mai will not be able to continue to compete on #DWTS this season due to a health concern that requires immediate attention. Jeannie has inspired us, along with millions of fans, with her energy and dedication. We wish her a full and speedy recovery.”

The show also noted that since this week’s show was set to have a double elimination, only one couple will be going home now.

Since Jeannie had to withdraw from the competition, tonight’s show will feature the eight remaining couples and a single elimination.

While her condition was not disclosed on social media, a segment on Good Morning America revealed that Mai was hospitalized after she was diagnosed with a condition called epiglottitis, which the Mayo Clinic says is “a potentially life threatening inflammatory condition that can cause swelling and block airflow to the lungs.”

The talk show host told GMA “My doctors discovered a health concern with my throat which requires immediate attention and surgery. I am heartbroken that my DWTS journey has to end here. I have pushed myself to new limits physically and mentally, and I am so proud of how far we’ve come.”

Mai’s professional partner, Brandon Armstrong also gave GMA a statement, saying, “We are devastated by the news that we’re going to have to cut this season short, but Jeannie’s health does come first.Thank you to all the fans that have helped get us this far and we are praying for a speedy recovery from Jeannie.”

Of the condition, ABC News’ chief medical corespondent, Dr. Jen Ashton said, “It is a true, life-threatening medical emergency. The majority of [epiglottitis] is caused by a severe bacterial infection. Luckily, it is uncommon.”

She also said that epiglottitis can be diagnosed after someone experiences “the four D’s”: Difficulty swallowing, difficulty speaking, drooling and then distress.

We wish Jeannie nothing but the best as she undergoes surgery, and pray for a speedy recovery.

Watch the GMA report about Jeannie’s condition below.