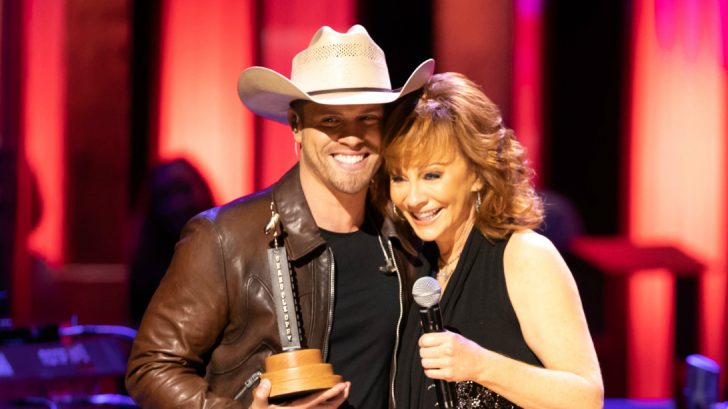 Dustin Lynch is officially a member of the Grand Ole Opry! Tuesday night (September 18) is one that Lynch will remember forever as one of his career dreams came true and he was inducted into the hallowed family that is the Opry.

But, the night was memorable for more than one reason. Lynch’s lifelong crush Reba McEntire surprised him by joining him on the Opry stage to officially welcome him to the Opry family. The “Cowboys and Angels” singer hasn’t been shy about expressing his love for McEntire. In an interview early in his career, Lynch confessed his love for the multi-talented star and the love has grown in the years since.

“Well, she is my crush, and she knows that. That’s what’s awesome. I have a Reba cup onstage every single night,” Lynch confessed. “But she is my crush. She’s always been a dream girl of mine since I was a little bitty guy.”

He’s even gone so far as to post a photo of McEntire for #WCW – Woman Crush Wednesday. Apparently, the feeling is quite mutual as Reba called Lynch her “boyfriend” during a Twitter Q & A prior to the Grammy Awards earlier this year. She also gave him an adorable shout-out during an appearance on The View in 2015.

Tuesday night (September 18), Lynch got to share the Opry stage with his idol and his reaction to seeing Reba walk toward him was priceless as he was brought to tears.
“I know how you feel. Did you know that 41 years ago yesterday was the first time I got to sing on this stage,” Reba said to Dustin. “I know this means a lot to you. You’ve performed a lot of times here since 2012.” Reba continued by welcoming Dustin to the family and challenging him to help pave the way for future artists just like “Minnie, Roy and Porter” did before him.
Lynch then took an opportunity to thank everyone who made his success possible.

“I told everybody before I came out here I’m a crybaby, and I get it from my dad.” Thanking his friends, family, bandmates, and others who played a part in his career and his dream, he concluded, “This is one of those dreams right now. … Thank you for allowing us to live the dream.”

And just like that it’s official! Welcome to the #Opry Family, @dustinlynch! ♥️ Thanks for doing the honors, @reba! pic.twitter.com/h3J02yAkbk

But, the surprises weren’t over for Lynch. Backstage after his induction, Jon Loba, Executive Vice President of BBR Group, surprised Lynch with recognition of another career milestone, presenting him with a plaque certifying streams in excess of one billion. 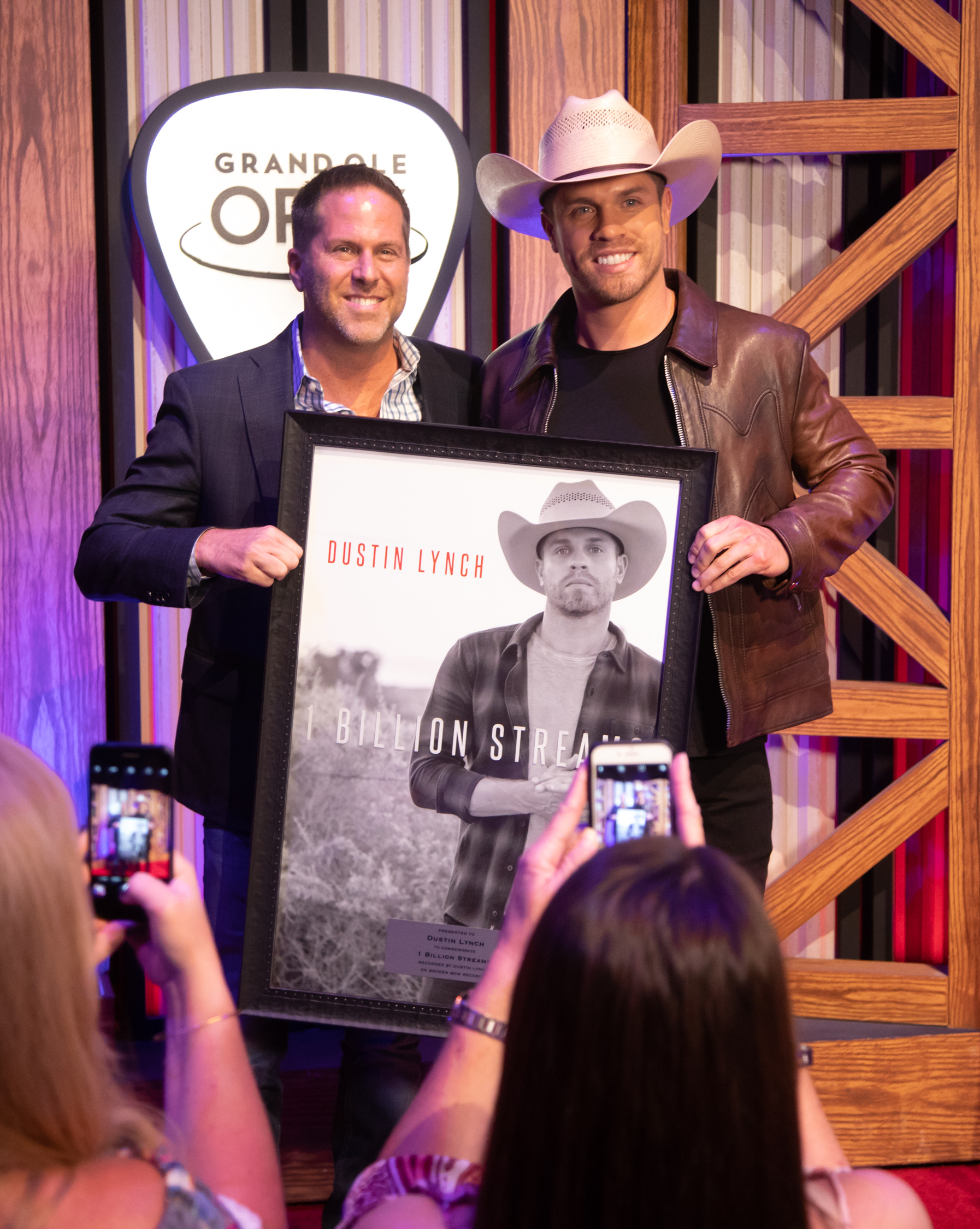 Congratulations to Dustin Lynch on all of his success!