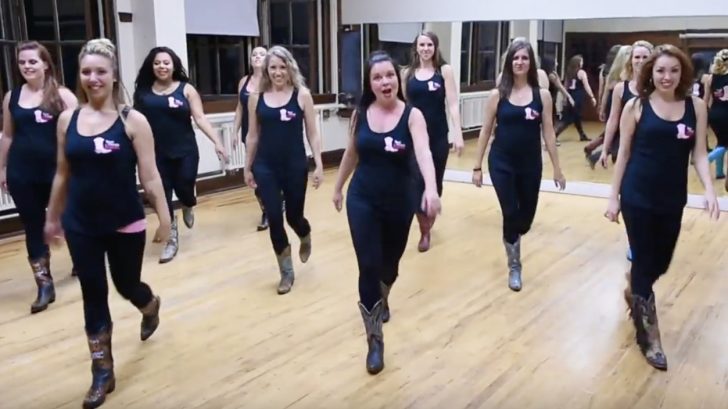 They all dressed up in green tank tops to celebrate the holiday and were stompin’ their boots around the dance studio.

Ever since we saw their routine, we have wanted to learn how the steps go, so when we go to our favorite country bar, we can impress everyone with the same moves! Months went by and they hadn’t put a tutorial video out yet, but they did perform their routine on a much greater scale – and in front of an audience at the Spur Fest in Darrington, Washington in July 2018.

After some consistent requesting, the Boot Boogie Babes have finally made our wish come true and released a tutorial video for “The Fighter”!

“Last week Country Rebel asked for a Teach & Demo of our line dance #TheFighter… this week we deliver the counts!” they wrote on their official Facebook page.

DeAnna Lee, the Boot Boogie Babes’ fearless leader, introduced the group and began counting out and showing all the steps. The ladies broke down every stomp, kick, twist, turn, snap, and clap for us – and now we can’t wait to do it ourselves!

Watch the full tutorial below and make sure to send us your routines, too!