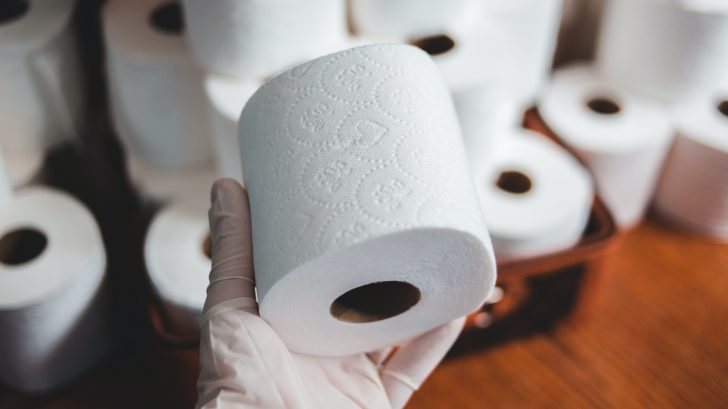 Amid the country’s biggest toilet paper shortage in recent history, police in North Carolina discovered a stolen truck filled with pallets of the fluffy white gold.

While stores across the country are limiting purchases and trying to fill as many orders as possible – and manufacturers have ramped up capacity…it appears one person decided to go about things in a very different way.

WTHR NBC Channel 13 reports that deputies from Guilford County had witnessed a full semi-truck perform a traffic violation, so they pursued it. Following this truck all the way to a warehouse, deputies then stopped the truck and engaged with the person driving.

After running the vehicle identification, they learned that the 18-wheeler had been reported stolen.

Upon opening the trailer, deputies discovered that it was filled with a massive amount of commercial toilet paper and paper towels – more than 18,000 pounds, to be exact!

Right now, no arrests have been made in connection with the stolen truck and its bounty of fresh toilet paper but the investigation is ongoing.

Watch the video below about the craze that is sweeping the world as people panic purchase toilet paper out of fear.