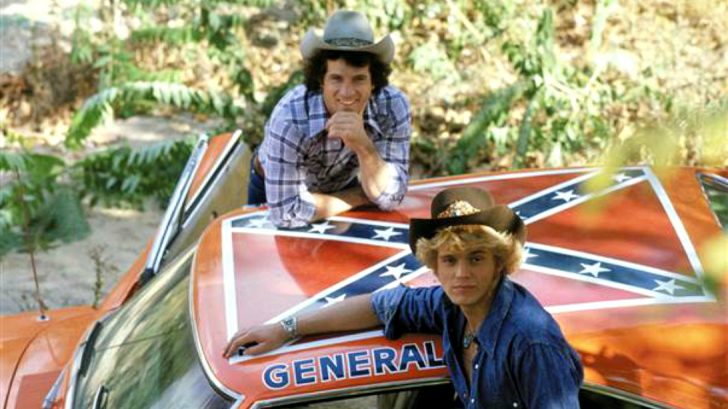 Dukes of Hazzard star John Schneider, who played Bo Duke on the beloved television series, turns 58-years old on April 8th and he plans to celebrate in a big way.

Schneider recently revealed that he is going to do something he’s never done before….jump the Dukes’ famous orange Dodge Charger, the General Lee. Fans of the show may be shocked to learn that it was a stunt man, not Schneider, who was behind the wheel when the infamous car routinely flew through the air on the television series.

“All these years people thought I jumped the General Lee,” Schneider says. “It’s almost like fraud! So I decided I had to do it — and if I’m going to do it, I need to do it now.”

The stunt is scheduled to take place on Saturday, April 7, as part of his birthday celebration that he’s calling “Bo’s Extravaganza.”

“I’ve got to get like 50-55 miles an hour, hit a ramp and then jump over the swamp,” Schneider said of the stunt that will launch him over a 75-foot swamp at his Louisiana-based John Schneider Studios.

The stunt is a dangerous one, but Schneider enlisted the help of Jack Gill, a stuntman he’s known since high school who was one of his doubles on Dukes of Hazzard.  “If Jack says, ‘This is safe, you can do it’ — it’s safe and I can do it,'” Schneider said.

To add to the drama of the event, Schneider cast retired NASCAR driver Carl Edwards to fill the roll of Sheriff Rosco P. Coltrane, a role played on television by James Best who died in 2015. Just like in every episode of Dukes of Hazzard, Coltrane will chase Bo Duke until the makes the getaway leap across the swamp.

We’re sure there will be video to follow Schneider’s epic stunt, but in the meantime, flashback with us with this clip of the original General Lee taking a leap during the show’s 4th season.