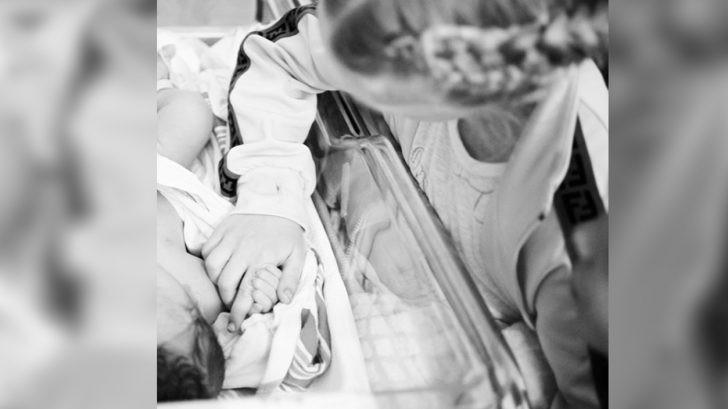 Although Jessica Simpson started out her career as a pop star, she later transformed into a country music singer. Her first country record, Do You Know, was released in 2008, and ended up claiming the #1 spot on the Top Country Albums chart.

But that album actually wasn’t Simpson’s introduction into the country music world. She first got a taste of the genre in 2005 when she played the iconic character Daisy Duke in the 2005 film adaptation of The Dukes of Hazzard TV series.

To coordinate with the film, Simpson recorded a countrified rendition of Nancy Sinatra’s “These Boots Are Made for Walkin’,” and it was quite the success. It claimed the 14th spot on the Billboard Hot 100 in the U.S. and charted in multiple other countries around the world.

After releasing a Christmas album in 2010, Simpson took a step back from her career to focus on her family. She got married to former NFL star Eric Johnson, and they welcomed two children, daughter Maxwell and son Ace.

The Johnsons weren’t planning to have a third child, but were in for a surprise when they learned that Simpson was expecting in 2018. They announced the pregnancy news in September, and also revealed that they would be having another girl.

This little baby girl will make us a family of five. We couldn’t be happier to announce this precious blessing of life.

A few months later, Simpson took to Instagram to share photos from her baby shower, in which she also revealed the name of her new addition.

Dressed in whimsical attire, Simpson posed in front of a woodland-like scene with a giant nest behind her. Neon lights above the nest read “Birdie’s Nest,” revealing that the new baby’s name is Birdie!

The entire pregnancy was hard on Simpson, but it became especially difficult toward the end. The singer experienced intense swelling in her feet and face and was hospitalized for a week after coming down with bronchitis for the fourth time in two months.

After going through all that, you can imagine how ready Simpson was to have her baby girl out here in the world!

Finally, baby Birdie was born on Tuesday (March 19)! Simpson took to Instagram two days later to announce her birth, and shared a photo of Maxwell affectionately look down at her new baby sister.

“We are so happy and proud to announce the birth of our perfect daughter, Birdie Mae Johnson,” Simpson wrote. She also revealed that Birdie weighed over ten pounds at birth…that’s a big baby!

We are so happy and proud to announce the birth of our perfect daughter, Birdie Mae Johnson. 3.19.19 10 Pounds 13 Ounces

Isn’t that one of the most precious pictures you have ever seen?

Now that Birdie is finally here, there is a chance that Simpson may revive her singing career in the coming years. In August, just one month before revealing her pregnancy, she joined her good friend and fellow Dukes of Hazzard star Willie Nelson to perform a surprise duet.

It was her first time singing in years, leaving many to wonder if she’s anxious to return to performing. Guess we’ll wait and see!

Until then, we hope she enjoys spending time with baby Birdie. She is such a sweetheart!