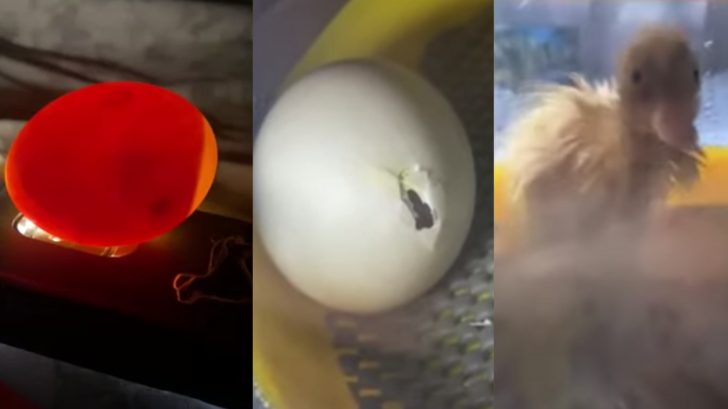 28-year-old Adele Phillips bought an egg from a supermarket to try an experiment of putting it in an egg incubator to see if it would hatch – and it worked!

Unilad UK reported Adele saying, “I saw someone doing a challenge on TikTok and thought I would give it a go. When we bought the egg my mum was just like, ‘Are you sure?’ I knew I had to keep them warm on the way home although as they had already been on a shelf for a few days I didn’t think it was going to work.”

Adele bought the egg incubator online and placed the egg into the airing cupboard until the incubator arrived in the mail. She said everyone thought she was insane for doing this but after a few days of incubation and shining a light on the egg, she noticed it had veins inside and was fertile.

“During the whole process everyone was looking at me, thinking ‘are you insane?’ – I was just giving it a go as a little experiment, but they all thought I would just end up with a boiled egg. Well, I definitely proved them wrong, and everyone was very shocked,” she said.

At the start of the experiment, Adele planned on giving the duck away but after it hatched, something changed in her heart as she watched the process and she has decided to keep it. She named it Braddock Morris.

“I am amazed and it really hit me when I saw it come out of its shell. I thought, ‘What have I done?’ It is just mad. My pet could easily have been on someone’s toast,” she said.

Watch Video Footage Of The Duck Below