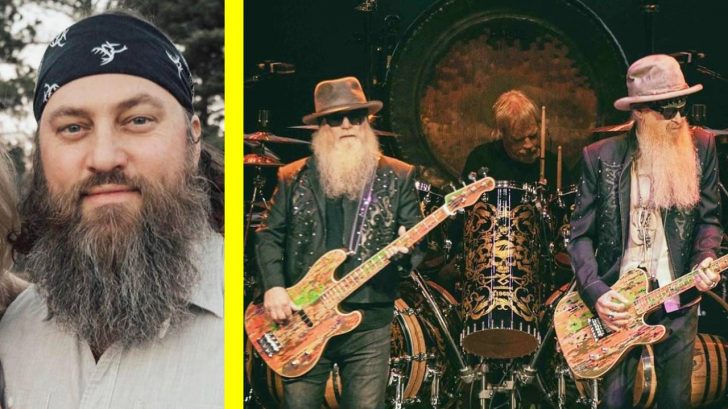 In shocking and sad news, ZZ Top announced that bassist Dusty Hill passed away in his sleep on Wednesday (Jul 28) at the age of 72.

Hill’s bandmates Frank Beard and Billy Gibbons wrote on Facebook, “We are saddened by the news today that our Compadre, Dusty Hill, has passed away in his sleep at home in Houston, TX. We, along with legions of ZZ Top fans around the world, will miss your steadfast presence, your good nature and enduring commitment to providing that monumental bottom to the ‘Top’. We will forever be connected to that ‘Blues Shuffle in C.’

Advertisement
You will be missed greatly, amigo.“

Since the news of his sudden death, countless tributes have poured in for the music legend from Travis Tritt, Ozzy Osbourne, and The Marshall Tucker Band, just to name a few.

On Thursday (July 29), Duck Dynasty star Willie Robertson appeared on Fox News to talk about the legend’s passing. Not only is Robertson a huge fan of ZZ Top and ahs a deep connection to their music, the band’s song “Sharp Dressed Man” served as the theme song to Robertson’s family’s reality show, Duck Dynasty.

The band even appeared on the final episode of the series to play at Uncle Si’s retirement party.

Because of these connections, Robertson actually became friends with the band, but obviously still had so much respect for the trio.

“Our beards bowed down when we got in their presence because they had been running that look way longer than we had, that’s for sure,” Robertson said of their signature look.

He also told a story about one of the last times he was with them at a gathering that he was so honored to be invited to.

He continued, “When I was with them a couple of years ago, they were heading off to Europe to play for like two months or something, it was crazy. And I was thinking at the time, not a lot of people have their 70th birthday and then take off to Europe to keep working and keep doing what they love to do. And it’s just a tribute to him and their lives, their passion and what they had. They had something good and they kept it together, kept the look, kept everything.”

ZZ Top was the very first concert he ever attended with his wife Korie, Robertson called doing that final episode with them “a thrill.”

He also had no clue which theme song would be chosen when he signed on for the show, and when he found out it was “Sharp Dressed Man,” he thought, “Man that’s outstanding.”

Robertson finished the interview y saying, “I think their longevity was just incredible. And so many of those bands in the ’80s came and went and you don’t even remember the names of many more, but we just kind of found that sound of what they liked. I’ll never forget when ‘Sharp Dressed Man’ and those sounds came out, of course, I had no idea at the time that I would be connected to that song somehow – I couldn’t see it in a million years. To be a part of such a legacy is just really cool.”

What nice words! Our thoughts and prayers are with Hill’s family, friends, and bandmates during this time.