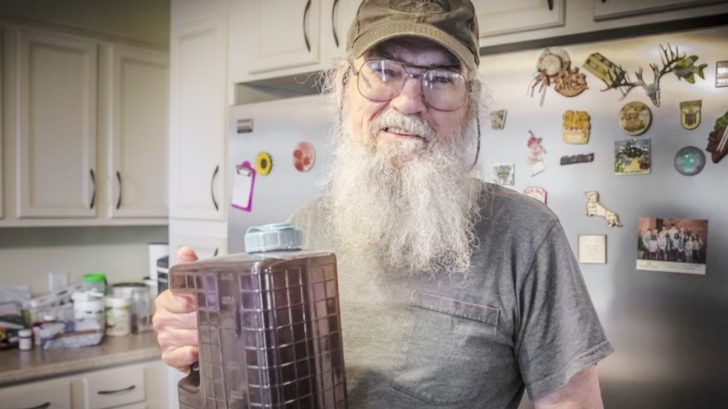 If you’ve ever seen an episode of Duck Dynasty, chances are you noticed that Uncle Si is often holding on to his plastic cup and a jug of tea.

He even held his famous tea cup while he was being honored for being a Vietnam veteran during one episode!

On Memorial Day, we remember the brave men and women who have given their lives for our country.

Through the show’s 11-season run, the family saw Uncle Si get more and more popular, so they created merchandise for him, including tea glasses and even his own line of tea!

Well, just because the show is off the air doesn’t mean his tea is any less popular. It’s just now, people want to know how to make his tea from home!

Luckily, Duck Commander knew this was what the people wanted, so they had Si film a video making a jug of tea for himself.

He starts with a microwavable bowl and put five family size tea bags in them.

“I like mine stout,” he said about the strength of his tea.

Next, he says to take the bowl with the tea bags, cover it with a plate, and let it “seep” until the water becomes cool. Lastly, you pour the tea bag bowl into the jug and you have your tea!

Many were surprised to find out that Si drinks unsweet tea, which some say is against the law in the South! Others were shocked at how simple his “recipe” is.

One YouTuber commented, “It took this long to finally see how Si brews his tea, 2020 is a whirlwind of surprises ??”

Even though this is a simple way to make tea, we sure did miss seeing Uncle Si on our screens!

Watch the tutorial video below.