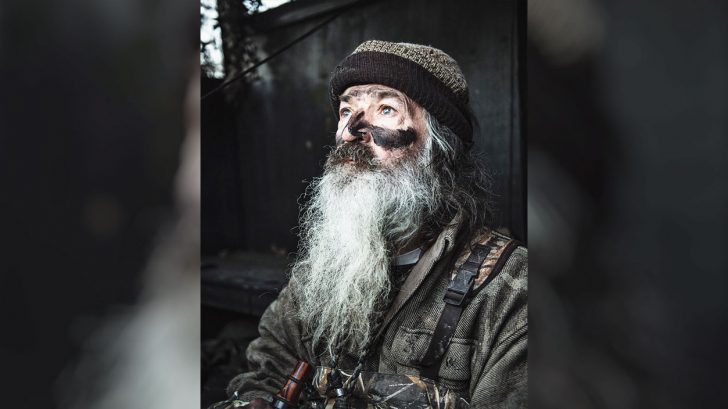 Over this past Easter weekend and on into Monday, violent storms and multiple tornadoes ravaged our southern states killing 33 people and causing millions of dollars in damage. One place hit particularly hard was the city of Monroe, Louisiana where the former Duck Dynasty star, Phil Robertson lives with his wife Kay along with the rest of their family. While many homes and buildings were destroyed, miraculously there were no fatalities.

“Our area was hit pretty hard by tornados. Thankfully, our family was spared any damage, but our hearts go out to those in our community that suffered loss. We do praise God that there were no fatalities here and pray for recovery and restoration as we pull together to help each other through this.”

“By the grace of God, early reports show only a few minor injuries. Pray for our city! Many neighbors & friends suffered catastrophic damage. We are hurting; but not broken. Times like this remind us WE ARE STRONGER TOGETHER! Together we we will rebuild.“ – Mayor Jamie Mayo pic.twitter.com/sByzavTiTg

Flights were cancelled to and from the Monroe Regional Airport as it was shut down due to buildings being destroyed and debris covering the runway. It is estimated there was between $25 to $30 million in damage to aircraft stored in one the the airports hangars.

Due to this happening alongside the coronavirus pandemic, the city of Monroe is likely to have a slower recovery. Drone footage shows neighborhoods that took a direct hit from the tornado.

Strong storms pounded parts Louisiana on Sunday, damaging 200-300 homes, according to the mayor of Monroe.

The National Weather Service reported multiple tornadoes and damaging winds over much of the northern part of the state. https://t.co/ZEVHUIPucz pic.twitter.com/eM4gRKgmm2

Watch a CBS news report about it below.