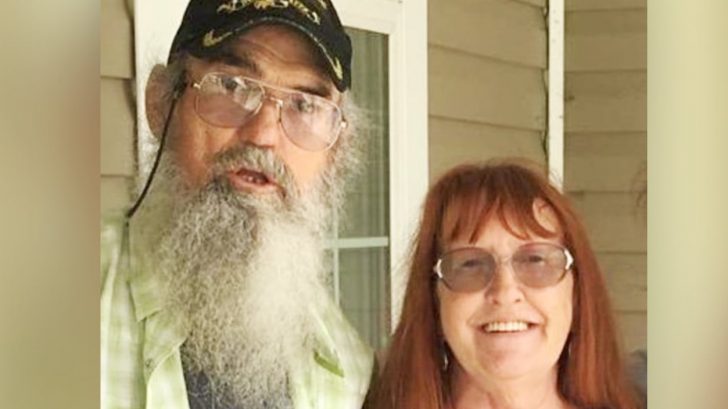 Over the course of Duck Dynasty‘s 11-season run, we got the chance to meet almost everyone’s significant others. Willie, Jase, and Jep’s wives (Korie, Missy, and Jessica) all appeared on the show. We even got to meet some of the Robertson kids’ significant others, like John Luke’s wife Mary Kate.

But one Robertson spouse who never appeared on the show was Uncle Si’s wife, Christine.

Si and Christine married in 1971 and share two children. But although they’ve been married for 51 years, Christine never felt inclined to appear on TV like her other family members.

During an interview with Us Weekly in 2014, Uncle Si explained why his wife didn’t show up on Duck Dynasty. He said the main reason why she never appeared on the show was because of the intense filming schedule:

“Sometimes we film 12 hours a day,” Uncle Si said. “And she’s just not healthy enough to go through the rigors of that. But, ah, it ain’t no big deal. She wants no part of it anyway. She’s been married to me for 43 years. The last thing she needs is to watch us on a TV show.”

Because Christine never appeared on Duck Dynasty, fans haven’t seen many pictures of her. So people were quite thrilled when Si recently shared some rare photos of his wife on social media.

Uncle Si posted the snapshots to celebrate his and Christine’s 51st anniversary. “51 years married to this mean redhead, and I wouldn’t have it any other way,” he wrote in the caption.

Christine was also a guest on the Duck Call Room podcast. She shared what Si described as “her version” of their love story. “Some of it was news to me!” Uncle Si joked.

Check out Christine’s guest appearance on the Duck Call Room podcast below.