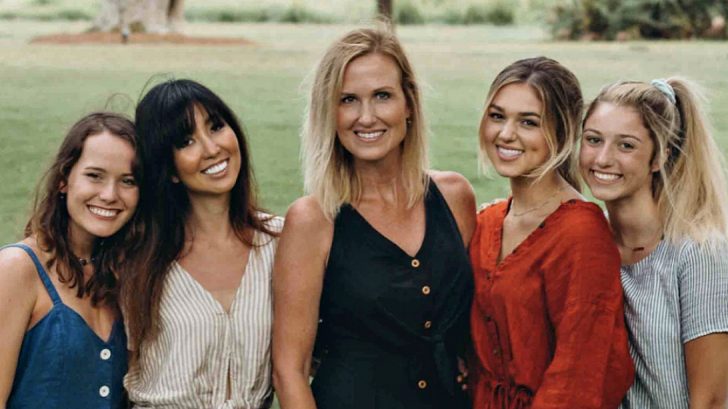 Duck Dynasty may be over, but the excitement continues for the Robertson family who starred in the wildly popular show that aired on A&E for 11 seasons.

Willie Robertson, now CEO of the company, was credited with taking Duck Commander from a small family company to a multimillion-dollar empire. With the help of his wife, Korie, and their children Rebecca, John Luke, Sadie, Little Will , Bella and Rowdy, as well as his brothers and parents, Robertson made Duck Dynasty one of the most watched shows in A&E network history.

Along with that success came a massive fan following that has continued to grow even after the show ended in March 2017. Some of the most rapidly growing social media accounts belong to Willie and Korie’s children, including Sadie who boasts more than 3 million followers on Instagram. But, Sadie’s oldest sister Rebecca has an impressive fan following of her own.

Rebecca, now 29, joined the Robertson family as a foreign exchange student when she was 16-years old and has been part of their family ever since. In fact, Willie walked her down the aisle when she got married in December 2016. Rebecca’s mom traveled from Taiwan to attend the nuptials and Willie honored her dad, who passed away when she was 11, by wearing one of his ties for the occasion.

One of my all time favorite photos with 3 of the most influential women in my life. My moms ❤️ Today we dedicated our love to all the mothers out there, but I believe mothers come in different forms. No matter if they have given birth to you, care for you, nurture you, mentor you, or show you unconditional love, they are all examples of motherhood. So if you have that special someone in your life, hold on tight & don't forget to tell them you love them today & everyday. I thank you for all the mom's out there, y'all hold the most important job in the world. And we will try our best to continue your legacy ❤️❤️

Happy Father's Day @realwilliebosshog and all the awesome dads out there. I promise y'all are a lot cooler than we want to admit ❤️??

Now Rebecca and the rest of the Robertson clan have another reason to celebrate. It was recently announced that Rebecca and her husband, John Reed, will be the first to add a new little duckling to the clan! The baby is due January 15 and will join the couple’s canine baby Leuxia.

We are having a human baby ????❤️ Baby bae coming Jan 2019 { swipe left to see my husband’s reaction when I told him on his birthday & link in bio to read the full story @usweekly ?? }

In an Instagram post made early Saturday morning (August 4), Rebecca and John Reed revealed the gender of their new baby. The couple held a gender reveal party on Friday for family and friends. In what can only be called a one-of-a-kind reveal, their Frenchie Leuxia popped out of a cake wearing a blue outfit revealing that the couple will be having a boy!

See photos of the reveal below! And join us in congratulating Rebecca and John Reed. We can’t wait to meet the new Duck Dynasty grandbaby!

It’s a…….B.O.Y ? we were totally shocked when @leauxla popped out of the cake in all blue ? thanks all our family & friends for showing babe bae so much love, I know he can’t wait to meet everyone & joining the fun already!! Go to my story to see the live video & swipe to see our reaction! ( I will be posting more pix tomorrow, now time for this mama to sleep ) ? ?? #babybae #genderrevealparty #soexcited #soblessed