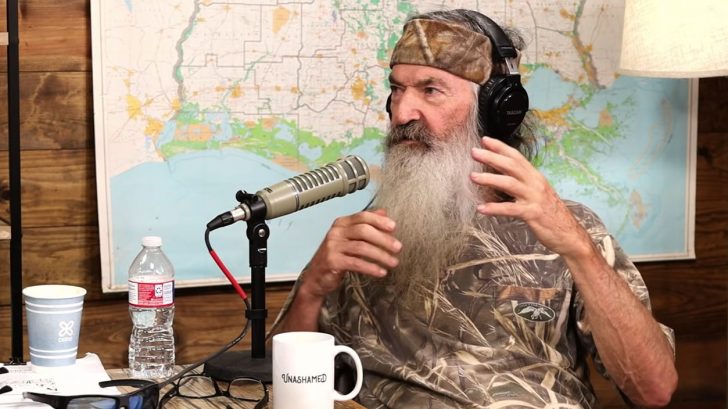 Sooner or later death will claim all of us and celebrities like Phil Roberston are no exception. In a recent episode of his Unashamed podcast, the Duck Dynasty star revealed some specific instructions to be carried out after his death.

The patriarch of the Robertson family is 75 years old now and doesn’t know how many years he has left on Earth. But that didn’t stop him from discussing what to do with his body when he inevitably passes away. He opened up and candidly shared his thoughts with his son Jase on his podcast.

“Yeah, take me when I die Jase. I’m your dad, when I die, take me to a country embalmer.”

Jase was confused at the seemingly random request and needed clarification.

“Embalmer,” Phil re-affirms. “Some guy out in a shack in the middle of the woods who says, ‘I’ll get him in there.’”

“Keep the show low-key,” he continued to explain. “Just stress the departure part and not the passing away part. We lost ol’ Phil ’cause he died.”

It’s clear that Phil wants his family to celebrate his life rather than mourn it.

Listen to the full episode below.