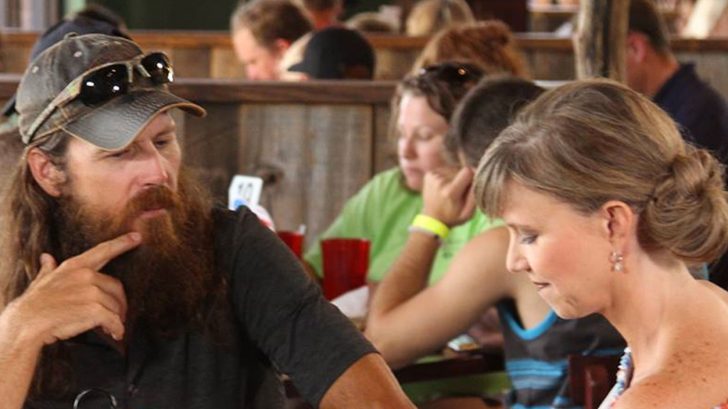 This couldn’t have been an easy decision. Especially since the now-known history of it all.

Throughout our time as fans of Duck Dynasty and the Robertson family that stars in the hilarious show, we have watched their kids grow up right in front of our eyes!

Sadie came in the other day and said, "Mom, I'm so glad you and @missyduckwife had kids at the same time." Nothing better than family that's also your best friends #cousins #familylove #proudmom #strongandkindkids #graduationday

you may look at this picture & say what is happening here. let me fill you in. me – OMG I CAN'T BELIEVE I DID IT!!!!! THANK GOD HALLELUJAH cole – oh yeah I am totally chill John Luke – trying to smile through the pain of my heels digging into his toe 5.16.16

Every Duck Dynasty kid, and even some of their famous parents, have all attended Ouachita Christian School, a private K-12 Christian school in Monroe, Louisiana. Most of them played a sport for the school whether it be football, soccer, track, cross country, tennis, or even cheerleading.

In a new blog post, Missy Robertson revealed a decision that took her family a while to come to involving Ouachita Christian School, where she sent her three kids, and a school she attended herself growing up.

“Mia will be a freshman in high school this next year, and we have decided to move her to the large public school in West Monroe,” she wrote.

According to the blog, Missy, Jase, and Mia made this decision together back in February, giving them all ample time to say goodbye to OCS, and enough time to get Mia’s extracurriculars set-up for the fall. She is a competitive cheerleader, and cheered at OCS, and because their decision came so early in the school year, she was able to try out for her new school’s team – and she made it! That doesn’t surprise us though..check out how talented she is!

Maybe @_miarobertson_ should do a little of this on stage at our @compassion tour starting next week. Should we bring the mats? #AllStarCheerleader

Cheerleading isn’t the only reason the family is excited about the upcoming change. A talented singer, Mia will also be joining West Monroe High School’s choir, which is highly regarded as “one of the finest (if not the finest) choral programs in the state of Louisiana.”

“My parents, along with 4 other couples, invested $2,000 each to start the school in 1974.  My mom and dad, 26 and 29 years of age respectively, didn’t have this money, so they took out a loan,” she wrote.”My mom had a degree in choral music yet donated her time teaching for ten years until the principal there insisted she start taking home some sort of a paycheck (a few hundred dollars a month) until she retired years later.  These sacrifices made me even more thankful for the years my children and I spent at Ouachita Christian School.”

Because of this history, Missy and Jase made a deal when they got married. He could go duck hunting every day of duck season every single year with no complaints from her, if he agreed to send their children to OCS. Their older sons graduated from there, and they were four years away from all three kids finishing up their schooling there, until one night Mia came downstairs with a pros and cons list for both OCS and West Monroe High.

Jase went to West Monroe High School, so he was all for it, but Missy was hesitant for many reasons. Thankfully, she is now officially on board with the idea of sending her daughter to public school and from the looks of it, Mia is already enjoying herself.

This kid right here teaches me on so many levels, just by living her life differently from mine. Loyalty vs. Risk-Taking – New school, new opportunities. New blog up! Click link in my bio to read the latest.

Check out the video below to hear her singing talent. Is there anything this kid can’t do?!