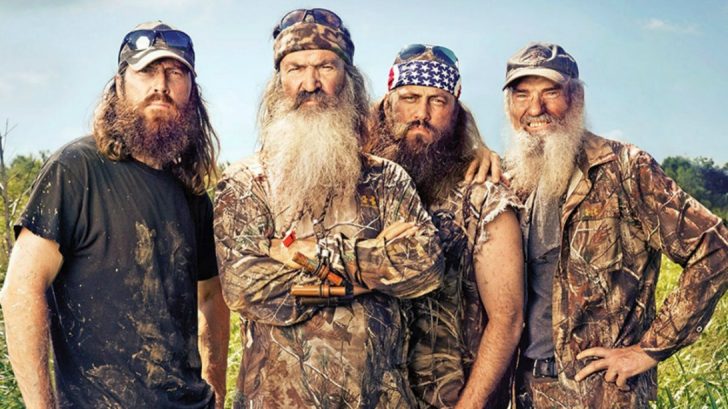 The Robertson men of Duck Dynasty are best known for their trademark beards, but one of the men wasn’t afraid to shave it off for a good cause.

Jase Robertson used a family Labor Day get-together to follow through on a promise he made. The second oldest son of Phil and Kay Robertson completely shaved off his famous beard after raising an incredible amount of money for the Mia Moo Fund, a foundation started by Jason and his wife Missy in 2014 in honor of their daughter, Mia, who was born with a cleft palate. Early in the summer of 2017, the couple announced #ShaveJase, a fundraising campaign in which the star promised to shave his beard if they were able to raise $100,000

Not only did Jase Shave his beard, but he chopped his long locks. The result was a complete transformation that even his family couldn’t believe.

The famous shave took place on Labor Day of 2017, but recent photos show that Jase was quick to regrow his infamous beard.

New blog up! These precious kiddos ran circles around us this weekend, and for good reason. Get some #MondayMotivation by clicking link in my bio. #DarajaFamily #PapaJase

With each passing year, eyes become weaker, metabolism becomes slower and ankles become more fragile (still recovering from that one). Sharing life with people who understand that this world (and this body) are only temporary, that eternity is wonderful and waiting for those who are in Christ, that our Creator loves us more than we can ever imagine, is the best daily gift anyone can receive. I may share my birthday with “Earth Day”, but I encourage everyone to worship and praise the Almighty Creator of the universe instead of the universe itself. He knows every hair on our heads (and in Jase’s beard). Thanks to everyone for the birthday wishes!

We think you’ll agree that Jase is handsome with and without the beard! View the time lapse of Jase’s makeover and the big reveal in the videos below.