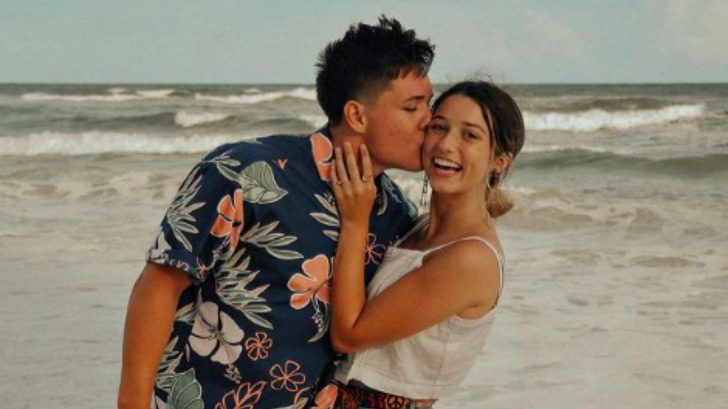 In late November, Duck Dynasty‘s Bella Robertson announced her engagement to her boyfriend of six months, Jacob Mayo. The youngest child of Willie and Korie Robertson, 18-year-old Bella received backlash following the engagement news, and now she has responded.

In an exclusive interview with Entertainment Tonight, Bella addressed the criticism of her decision to get engaged at 18. “First off, we’ve been friends for a long time. I think a lot of people want to say, like, ‘Oh my gosh, they’ve only been dating for six months.’ But we have known each other for so long. And since quarantine is like dog years, we’ve been in quarantine the whole time we’ve been dating and we’re together all the time,” Robertson told the news outlet.

Robertson revealed that she and Mayo started dating after he returned home from college when the pandemic hit. The quarantine gave the couple a chance to spend a great deal of time together, causing their relationship to progress. She also added that getting married young is a common occurrence in the south and in the Robertson family.

Bella also shared that her mom, Korie, accidentally spilled the beans about Mayo’s proposal plans. While Bella knew a proposal was going to happen soon, she didn’t know that he had spoken to her parents about it.

“The next day, my mom was like, ‘So did Jacob talk to you about our talk?’ And I was like, ‘No,'” Robertson said. “My mom thought that Jacob must have told me, so she ended up spilling the beans to me. I ended up finding out that way.”

The couple hasn’t announced a wedding date and the bride-to-be said that they will “really get on” wedding planning after Christmas.

Bella Robertson announced her engagement on social media along with a photo of her and Mayo with a caption that read, “i was thankful for you yesterday, i am thankful for you today, and now i get to be thankful for you for the rest of my life! i am blown away by Gods goodness and grace. @jacobdmayo lets get married!! i love you forever.”

Two days after her announcement she shared photos of the special proposal.