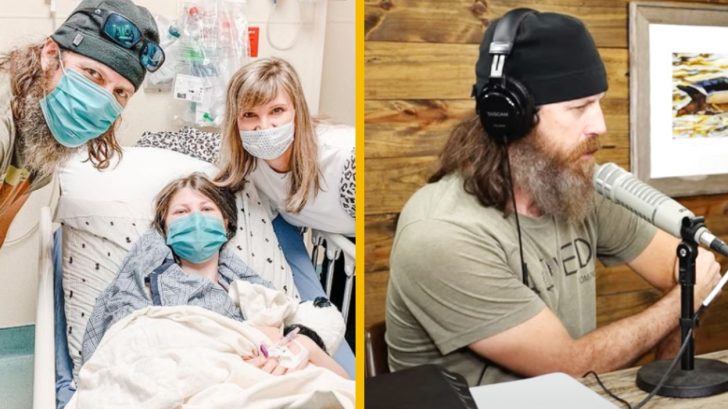 Last week, Mia’s mother, Missy, shared that her daughter was scheduled for surgery on March 17th. Missy also confessed that the procedure was “the most extensive surgery she’s ever had.”

“At 10:30 AM tomorrow, our Mia girl will have the most extensive surgery she’s ever had,” Missy wrote on Instagram. “Both jaws will be cut and reset in order to improve her overall health and speech. We were told she will be in surgery approximately 5 hours.”

Following surgery, Jase appeared on Phil Robertson’s YouTube channel to discuss Mia’s condition and the road to recovery. Jase explained that while Mia, born with a bilateral cleft lip and palate, had undergone previous surgeries, her body had tried to “revert” to its original condition. He also revealed that Mia is currently very uncomfortable, and her swelling is expected to last for about 12 months.

While full recovery may be months away, Jase explained that Mia has a positive mindset, and he revealed that Mia gave him a thumbs up immediately after she woke up from surgery.

Watch the full interview and update in the video below.