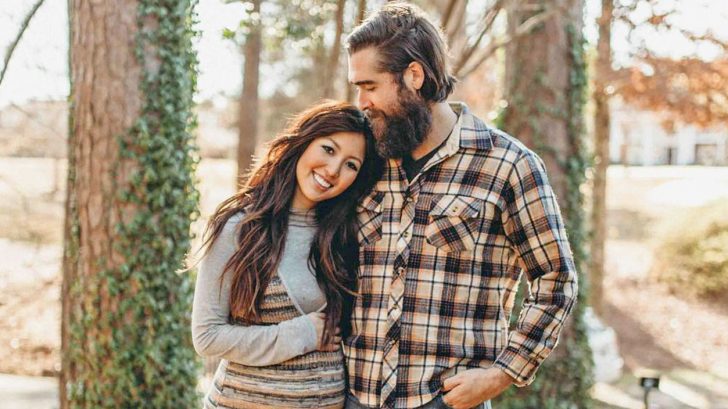 The Robertson family just added another member to their clan! The Robertson’s oldest daughter, Rebecca has just given birth to their first born, a baby boy named Zane. Joined by their supportive family, the new parents and their baby boy had the warmest of welcomes.

Probably the last photo of us without bags under our eyes & poop in our hair ?? #soontobeparents

30-year-old Rebecca Robertson is officially a momma to a baby boy! Rebecca and her husband, John Reed announced their pregnancy in late July of 2018, eager to get their family started. The pair tied the knot in the most stunning Mexico wedding in December of 2016. While the couple are already parents to the cutest canine, Leuxia, they were more than excited to add yet another duckling to their family.

We had the best party in our life 2 years ago, and all our favorite people were there ?????? Happy anniversary @johnreedloflin cheers to many more!!!

Rebecca met the Robertson family back when she was living with them as a 16-year-old foreign exchange student. It didn’t take long for Rebecca to become a member of the family, as Willie and Korie made the decision to adopt her the following year. The “Dynasty” finally felt complete as the young Taiwan student stole their hearts.

Rebecca went into labor late on January 11 just a couple days before her original due date. Korie, Bella, and Sadie were all in attendance at the hospital anxiously awaiting baby Zane’s arrival. Sadie posted a hilarious Instagram story of the entire family waiting outside of Rebecca’s delivery room for fans to gush over. Since the family has been using the hashtag #BabyBae until his birth, they called themselves the #BaeWatch Squad.

Sunday with the best #BaeWatch Squad. Baby Bae is one lucky man ??? we need some grandma & aunt name suggestions, throw them our way!!

Zane Israel Loflin was born on January 11, at 1:27 am. Weighing 6lbs, 14oz he was just the bundle of joy the Robertsons were hoping for. A couple of the Robertsons uploaded videos of the sweet baby boy. The new dad, John Reed, posted a boomerang of him and his baby Zane laying together. Bella posted a video him all swaddled as he says hello to the world for the first time.

Congrats to Rebecca and John Reed on their beautiful new family. Wishing all the blessings!