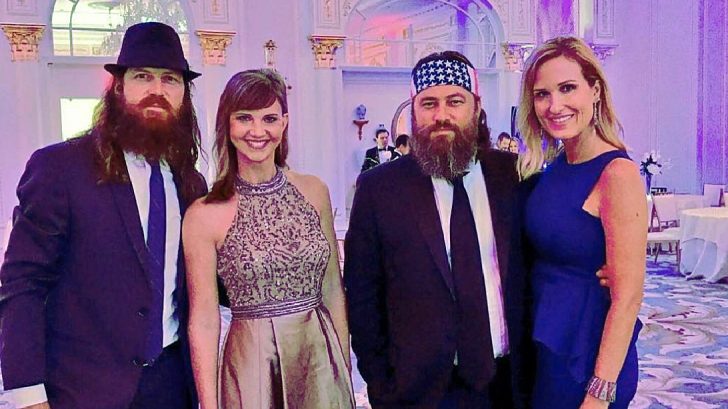 The Robertson family of Duck Dynasty fame continues to grow, but this time in an unexpected way.

Missy Robertson, wife of Jase, appeared on Unashamed, a podcast Jase hosts with his dad Phil, to promote her new children’s book. During the interview, Missy and Jase shared some personal news….that they had welcomed a little boy into their family.

The couple, who are both in their 50s, said they had received a call that a girl they had “ministered to in the past” was currently in jail, had given birth to a baby boy, and had signed the child over to Missy.

“I said, ‘Do what? I’m sorry I didn’t quite hear that correctly,'” Missy recalled. “I had the media stuff I was doing. We had meetings in town. [Jase] was getting ready to go on a trip for metal detecting. All of this is happening and I literally don’t even have the time to process it in my brain. I don’t know how to make a decision about this, I’m trying to gather information.”

After speaking with the social worker, Missy found out that the baby was two days old and was ready to be released from the hospital. Missy shared how Jase took the news when she first told him.

“When I told him I didn’t know what his reaction was gonna be,” Missy said before adding that Jase thought that it was amazing that they were given this opportunity.

Jase added that at this time it is unclear if they will be adopting the little boy, and their wish is for the mother of the child to “get her life right.”

“We want to put this baby in the best place to succeed in life. We just made a decision after prayer and consultation that this was it, for the short term,” said Jase.

In an Instagram post shared after the podcast was released, Jase said “We felt like this baby fell right out of the sky and Missy was there to catch him. What an honor to be asked to step in the gap and show this baby and his mother the unconditional love of our Father.”

“Please pray for this baby, his mother and for us during this uncertain time,” Jase concluded.

Hear Missy and Jase talk about their new addition in the clip below.