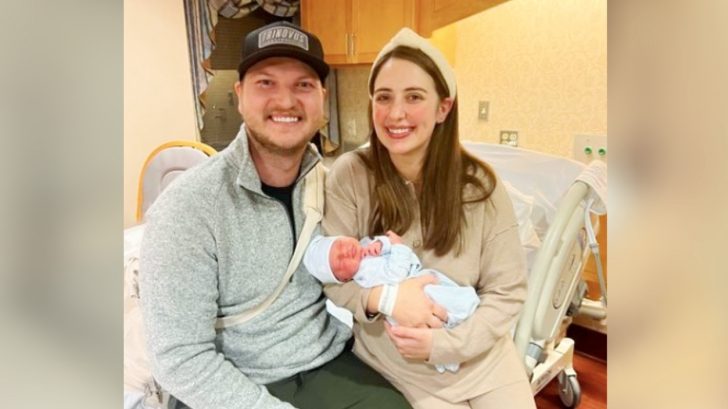 Jase and Missy Robertson’s son, Reed, and his wife, Brighton, shared in August they were expecting their second child. The couple announced the news by posing for a photo with their daughter, Merris (who just turned one in November).

“Merris decided she didn’t want to wait to be a big sister. Baby #2 arriving in February!” Brighton captioned the photo.

Brighton and Reed later shared the news they were expecting a boy.

“Not just a another baby but a baby BOY,” Brighton captioned a family photo of her, Reed, and Merris that she posted in late September.

Now, Reed and Brighton’s baby boy is here! Brighton said he was born “quickly” on January 20 at 10:12 AM, and weighed seven pounds.

Reed and Brighton named their son David Silas Robertson. Brighton explained the meaning behind his name, which has family ties. “[He’s] Named after my dad, David, and Silas being Reed’s and Reed’s dads [Jase’s] middle name,” she said.

“We are so so thankful for a healthy baby boy and to start this new chapter as a family of four,” Brighton ended her post announcing David’s birth.

Brighton posted several photos from the hospital, including a sweet picture of Merris meeting her baby brother for the first time. See all of David’s first photos by flipping through the slideshow below.

Congratulations to Reed, Brighton, and Merris on their new addition. Baby David is precious!