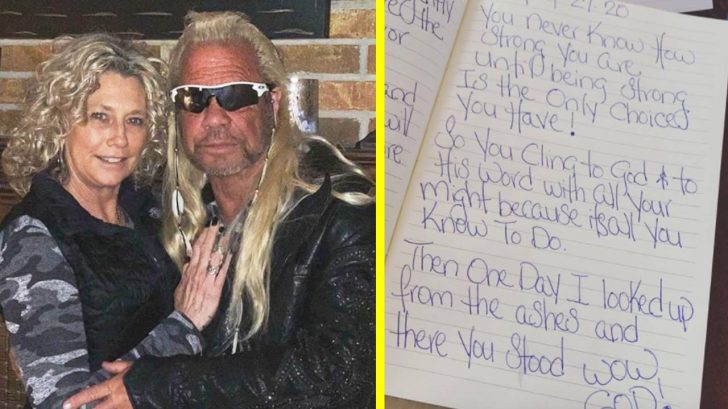 The man we all know as “Dog The Bounty Hunter” looks happier than ever.

Duane “Dog” Chapman has found love again after his beloved wife, Beth, passed away last summer. In a March interview with The Sun, he revealed that he had been dating his new girlfriend, Francie Frane, for a few months.

While speaking with The Sun, Dog dropped quite the bombshell:

Since the interview, he and Francie have been sharing photos together and fans have been loving seeing this side of Dog.

They are currently in Colorado together, spending time fishing and taking walks. She is even teaching him how to use a tractor.

Let’s see if we can show this bounty hunting tough guy how to run some equipment, like us country folks do !!

In a recent Instagram post, Dog professed his love for Francie, saying, “I scream & Cry Beth where are you why did you leave me then I look up & see you Francie & the pain turns to a smile I LOVE YOU WOMAN !!”

Francie definitely reciprocates his feelings and wants everyone to know it. In a post dated April 27, Francie took a photo of a handwritten journal entry of sorts.

The note read, “You never know how strong you are until being strong is the only choice you have! So you cling to God & His word with all your might because it’s all you know to do.”Then one day, I looked up from the ashes, and there you stood. Wow, God!”

She added an “I love you” to her caption on Instagram and tagged the bounty hunter.

See her handwritten note below.

Isaiah 61:3 To bestow on them a crown of beauty instead of ashes, the oil of gladness instead of mourning and a garment of praise instead of a spirit of despair. @duanedogchapman I love you! ❤️