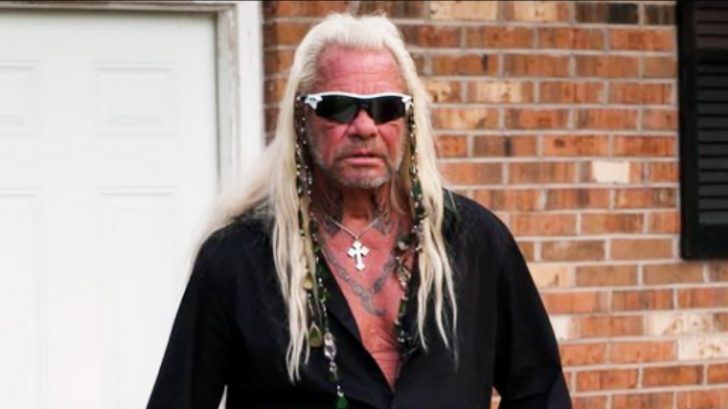 Duane “Dog” Chapman has temporarily halted production on Dog Unleashed due to COVID-19.

Chapman made the official announcement on Wednesday. In his statement, he explained that making arrests during the pandemic was “a major health risk.” Chapman has taken the necessary steps to protect his production crew and bounty hunting team.

“Arresting someone right now is a major health risk to our team, and our crew,” Chapman wrote on his Twitter account. “With the new Vaccines arriving now, we hope to get back to filming very soon. My team and I apologize for the delay but stay tuned, #DogUnleashed is coming! Love you all !!”

While the bounty hunter’s fans are disappointed about the setback, Chapman’s followers immediately responded to his comment with support for the safety call.

Chapman’s announcement comes after the release of Dog Unleashed’s first trailer. The footage showed Chapman and his team, including his fiancée Francie Frane and family members, Lyssa, Bonnie Chapman, and Leland.

Chapman hopes that Dog Unleashed will be his last series, and he is excited for viewers to hear his uncensored thoughts.

Are you ready to watch Dog Unleashed? Check out a teaser in the video below.