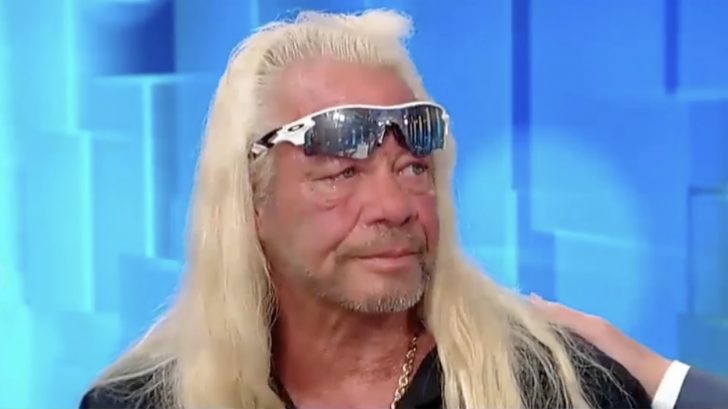 Beth was beloved by so many, there were two different memorials for her. The Chapman family held a ceremony in Hawaii and another in Colorado on July 13th, 2019. Well, that one was even bigger than the first – and was filled with beautiful eulogies and statements from loved ones. They even had a gorgeous church choir sing beautiful songs in her honor.

Two months after her death, Dog sat down with Fox & Friends to talk about the September 4 premiere of his new show Dog’s Most Wanted, which will feature his wife’s cancer battle.

Just after being introduced, Dog started tearing up, telling the hosts, “I told myself I wasn’t gonna cry, but you got me.”

The hosts also revealed that the famous bounty hunter had previously had a hand in editing all past episodes, but because of what they went through this season, he didn’t. He will be watching every episode for the first time every week, right alongside the fans.

“How can you go on?” one of the hosts asked.

Without skipping a beat Chapman said, “In her name.”

Dog revealed their kids are all handling it differently, but are doing better each day. He also said that Beth left notes everywhere for them, and before she passed away, kept telling the kids she was sorry she wasn’t beating cancer.

After Beth revealed to the world she was battling cancer, Dog couldn’t believe the outpouring of support they received from their fans. People would come up to them and tell them they were going through the same thing.

“You would not believe the people that’s got it. We’ve got to something to cure it,” he said. “I hope to God there’s not a cure out there and they’re just sittin’ on it. ‘Cause they’ve got a problem with me if there is.”

Of continuing with his bounty hunting business without his partner and beloved wife, Dog says, “I now understand what it feels like to not be afraid to die. So as long as I’m in that mode, beware of Dog. I’m comin’. “