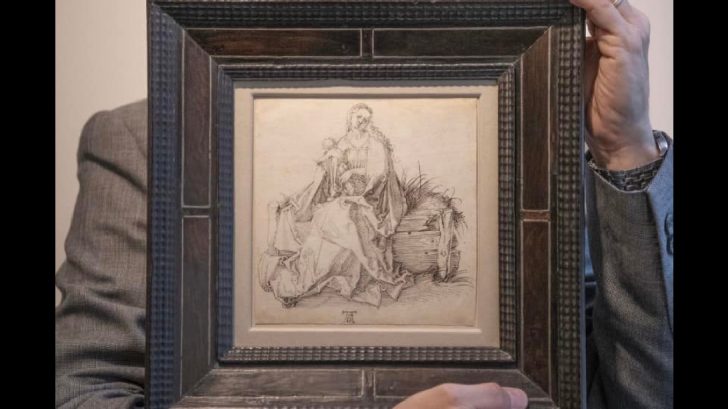 Treasures are everywhere, if you know where to look. And every now and then the treasure you find is worth far more than you ever imagined.

Such was the case for Clifford Schorer, a Boston-based art collector, who stumbled across a rare, centuries-old drawing en route to a party in 2019. According to Schorer, he had forgotten to purchase a gift to bring to the party so stopped by a bookstore in hopes of purchasing a last-minute gift. The bookstore owner told the collector that his friend had a drawing that they thought might have been done by Albrecht Durer, a renown German artist known as “one of the most important artists…of the European Renaissance.”

Schorer agreed to look at the drawing, but wasn’t optimistic that it was indeed a Durer as it had been more than 100 years since a drawing by the artist had been discovered. But, that pessimism was replaced with elation when Schorer returned to examine the drawing a few weeks later.

“I think it’s either the greatest forgery I’ve ever seen or a masterpiece,” Schorer told the owner, who wishes to remain anonymous.

The drawing, titled “The Virgin and Child” could date back as far as 1503 and had been purchased at a yard sale at the home of a Massachusetts architect who had been gifted the piece from his father who was an art dealer, Schorer said.

Schorer spent the next three years working to verify the artwork’s authenticity, even traveling overseas 17 times to consult with some of the world’s greatest art experts. After undergoing “technical age analysis,” Schorer believes the artwork is indeed a Durer and estimates that it is worth in excess of $10 million.

“It’s probably fair to say he’s one of the greatest graphic designers that ever lived — a pioneer in engraving and drawing. He was a maestro in black and white, and his famous prints … inspired artists all over the world.”

The drawing is currently being promoted by London auction house Agnews Gallery, which put it on display to New York’s Colgnahi gallery.