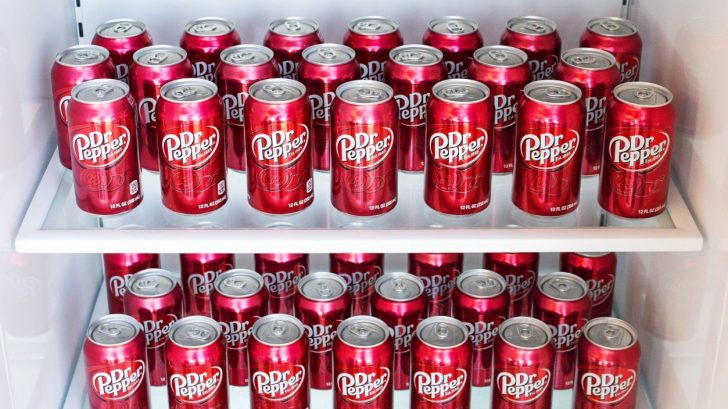 Dr Pepper is the oldest soft drink in America. It is even older than Coca-Cola by a full year. The story of Dr Pepper started when a pharmacist named Charles Alderton created the beverage formula in 1885.

Charles worked at a drugstore in Waco, Texas that was owned by a man named Wade Morrison. When Charles created the formula for Dr Pepper, he gave it away to Wade because he was more interested in medicine than marketing at the time.

“Its original name was Waco – it was served there at the soda fountain in the drugstore. The drink was an instant hit; customers would sit down on one of those old spinning stools and say, ‘Shoot me a Waco,'” Texas Standard said.

Wade decided to change the name from Waco to Dr Pepper which was after a man he wanted to impress back in Virginia so that he could marry his daughter. While Wade never married the girl, his Dr Pepper soda drink business took off and he became a very wealthy man.

The tasty soda formula is kept secret in two separate bank vaults in Dallas, Texas. What is known though is that unlike many standard sodas that use prune juice in their recipe, Dr Pepper uses unique fruit extracts that create a taste that’s easy to recognize.

We know it’s harder to find Dr Pepper these days. We’re working on it – hang tight!

Note: This applies to all flavors of Dr Pepper – including our newest permanent addition to the family, Dr Pepper & Cream Soda. pic.twitter.com/Kf0UedMuiw

Dr Pepper announced on August 10th, 2020, that it’s harder to find its soda products right now. This applies to all flavors of Dr Pepper including the newest permanent addition. Among the comments of the announcement, Charmin, a toilet paper provider, answered “Welcome to the club. We feel your pain.”

After a toilet paper shortage, it appears it’s now the turn of Dr Pepper to face a shortage in the Coronavirus pandemic. Dr Pepper reassured its customers that it is doing its best to “keep shelves stocked nationwide while ensuring the safety of its employees.”