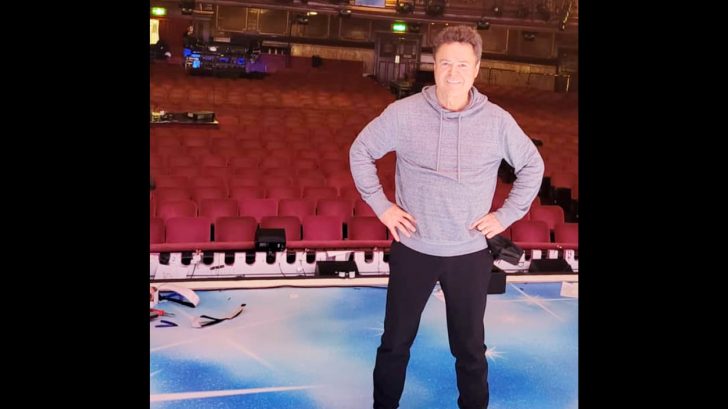 As he nears his 64th birthday, Donny Osmond is just as busy as he’s ever been. He currently has a solo Las Vegas residency, he released a new album in September, and he is performing as the Wizard of Pantomime in a five-week run of Pantoland at the London Palladium.

Pantoland opened on Saturday (December 4). As Donny’s team revealed in a statement on social media, he “suffered a slight injury” on stage during that evening’s performance.

The team did not say exactly what Donny injured or how he sustained the injury.

Due to his injury, Donny’s team said he would be unable to perform any of the shows scheduled for the following day, December 5, “…thus [he] will miss Sunday’s scheduled shows,” the statement read.

Donny’s team said “He’s being evaluated by a doctor.” He hopes he’ll be back soon, with his team saying Tuesday, December 7 is his projected return date.

Donny Osmond suffered a slight injury during the evening performance of Pantoland on Saturday and thus will miss Sunday’s scheduled shows. He’s being evaluated by a doctor and hopes to return to the stage on Tuesday. Today’s performances at The Palladium will continue as planned.

Those who had tickets just to see Donny Pantoland were understandably disappointed he was hurt and unable to perform. Still, he received lots of well-wishes from his fans, who said they’ll be keeping him in their prayers and hope to see him back in Pantoland soon.

We too, will be praying for Donny’s quick and complete recovery.

Just a few days before he was injured, Donny spoke about his role in Pantoland during an appearance on This Morning. Watch that interview below.