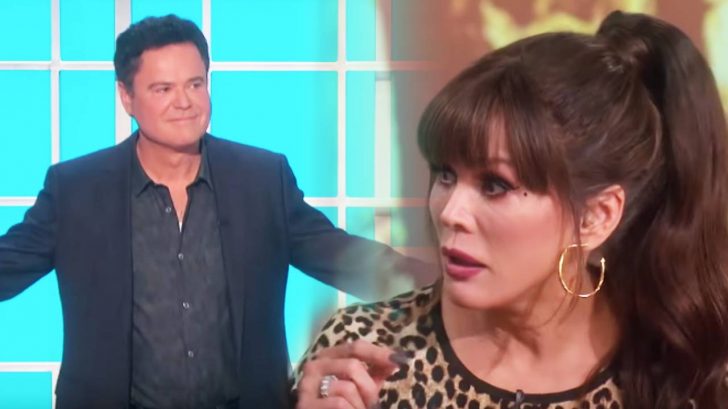 To celebrate her 60th birthday on her CBS talk show The Talk, Marie Osmond had one birthday wish. She wanted four of her older brothers, the original Osmond Brothers performers, to sing for her one last time.

“Now, for my birthday present to myself, performing together for the final time ever…my brothers Alan, Wayne, Merrill, and Jay – the original Osmond Brothers,” she announced on the show, visibly choked up.

As they sang the special and poignant song, “The Final Chapter,” video clips and images of the brothers and their family flashed across the screens behind them.

Much to Marie’s surprise, that wasn’t her only birthday gift!

As she was about to blow out her candles on her cake, her co-hosts said that her other famous brother, Donny, had a video message for her.

The video began playing and Donny had sent in a special song and dance for his little sister.

After it ended, the song began playing again and Donny himself walked out from backstage! Marie wasn’t the only one surprised, so were the rest of their brothers. Donny said he had to lie to his siblings, because there are no secrets in the Osmond family.

Donny and Marie share a special bond, having an exceptionally long career as a duo.

Watch the surprise below.