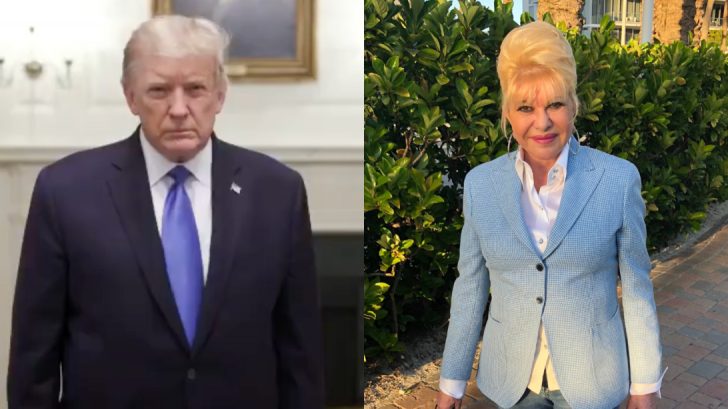 The Trump family is grieving the loss of Ivana Trump, the former President’s first wife and mother to three of his children; Donald Jr., Ivanka and Eric Trump.

The former model, businesswoman and author died at her home in Manhattan after authorities responded to a call about an “aided individual” around 12:40 ET on Thursday (July 14)/. According to a statement, police found a “73-year-old female unconscious and unresponsive.” Ivana Trump was pronounced dead at the scene.

Her official cause of death is yet to be determined, but the New York City Police Department said that they believe she died of natural causes and her death did not seem suspicious.

Ivana’s family announced her death on social media in a statement that read:

“It is with deep sadness that we announce the passing of our beloved mother, Ivana Trump. Our mother was an incredible woman — a force in business, a world-class athlete, a radiant beauty, and caring mother and friend,” the statement says. “Ivana Trump was a survivor. She fled from communism and embraced this country. She taught her children about grit and toughness, compassion and determination. She will be dearly missed by her mother, her three children and ten grandchildren.”

Her ex-husband and former President of the United States also issued a statement following her death, calling her a “beautiful, wonderful, amazing woman, who led a great and inspirational life.” 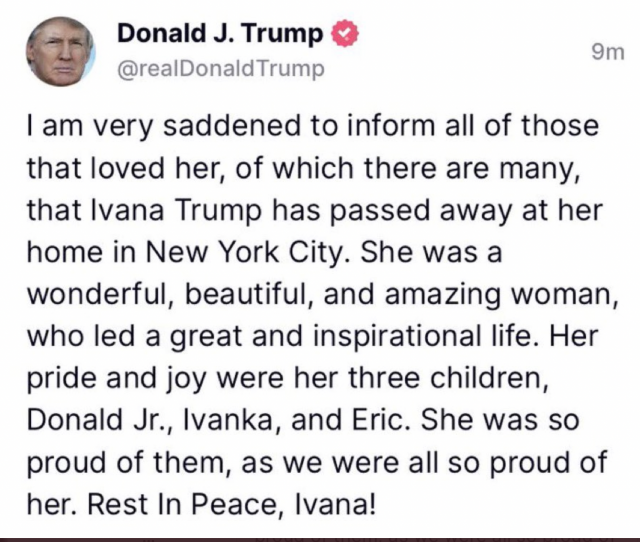 Ivana married Donald Trump in 1977, one year after she met him during a modeling trip she took to New York City. They divorced in 1992. Donald was Ivana’s second husband. After her split from Donald, Ivana married twice more. She wed Italian entrepreneur Riccardo Mazzucchelli (1995-97) and later to Italian actor and model Rossano Rubicondi (2008-09).