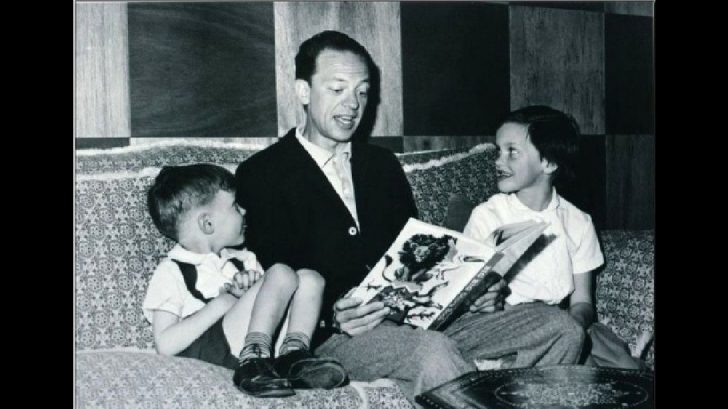 Don Knotts is arguably one of the most beloved and recognized comedic actors in television history. Best known for his role as quirky deputy sheriff Barney Fife on The Andy Griffith Show, Knotts has kept us laughing for more than 60 years, thanks to syndicated reruns.

It will come as no surprise to fans of Knotts that he also kept his family laughing right up until his death in 2006. But, that fact led to a big regret for his daughter, Karen.

According to Knotts’ only daughter, he was joking around as he lay on his bed prior to dying of lung cancer.

“Here’s the thing about my dad. He had this funniness that was just completely, insanely natural. When he was dying, he was making us laugh in hysterics,” Karen told Closer Weekly in 2018.

“He was literally dying, but he did something or said something that caused my stepmother and me to go into fits of laughter, which is why I ran out. I thought to myself, ‘I don’t want to be standing there in front of this man, my dearly beloved father, who’s dying, and laughing.’”

That decision to leave the room is something that Karen wholeheartedly regrets.

“I was telling this story to Howard Storm, who’s a director, and he said, ‘You should have stayed and laughed out loud,’” she said. “‘That’s what comedians live for!’ He was right; I should have just stood there and blasted out laughing.”

Karen Knotts has followed in her famous father’s footsteps by becoming a comedienne herself. She travels the country doing her one woman comedy show called “Tied Up in Knotts.” See a clip of Don singing to Karen during his 1972 variety show below.