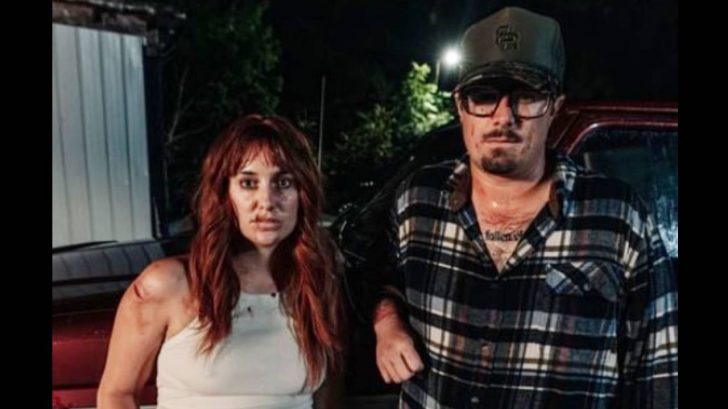 Warning: the subject matter discussed is sensitive and disturbing.

On August 22, country singer-songwriter HARDY announced to his fans that his next single would be “Wait In The Truck” featuring Lainey Wilson.

Based on the post, we figured that an accompanying music video would be dropping along with the single. On Friday (August 26), the powerful music video dropped and all we can say is…WOW.

The video opens with HARDY in prison, walking up to a visitor where he picks up the phone to speak to them and begins telling them a story of when he was driving in a town he wasn’t familiar with in the middle of the night. He came across a woman (Lainey Wilson) walking down the street who had bruises and marks all over her face and body.

He knew immediately that she was a victim of domestic violence. He asked her where to find the person who did this to her and he drove them to the man’s house. HARDY took out a gun and told Lainey, “Wait in the truck.”

The song’s chorus is sung by Lainey, who took the stand during HARDY’s trial, and sang:

HARDY continues, revealing that he had already served five years in prison and that it was all worth it to see Lainey thrive. He sings, “I might be here forever / It ain’t paradise that’s true / But it’s whole hell of a lot better / Than the place I sent him to.”

The song is a powerful insight to domestic violence survivors and the injustices they endure daily. Watch the music video below.