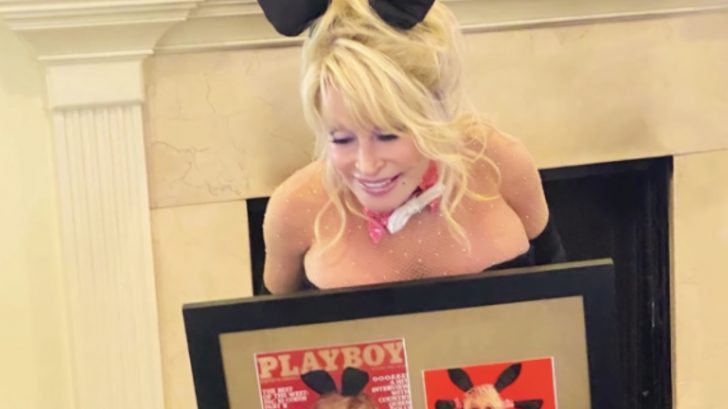 Shortly after country music legend Dolly Parton turned 74, she did an interview with 60 Minutes Australia and revealed that for her next birthday, she wants to celebrate by posing for Hugh Hefner’s famous magazine.

“See I did [the] Magazine years ago and I thought it’d be such a hoot if they’ll go for it — I don’t know if they will — if I could be on the cover again when I’m 75,” she said in the interview.

“Well, I don't plan to retire. I just turned 74!“ With her signature charm and unique voice, it’s so easy to see why fans will always love @DollyParton #60Mins pic.twitter.com/RlPme7tumJ

Parton famously posed for the cover of the magazine in 1978, but refused to be nude. Instead, she wore a black corset, black bunny ears, white bowtie, and a matching bunny tail and heels. She shared one of her images from the photoshoot in a January 2020 meme that went super viral and started an online challenge!

On January 19, 2021, she turned 75 years old, but the magazine is no longer in publication. So, she took matters in her own hand and did her own photoshoot…all for her husband Carl’s birthday!

“Hey! Today is July 20th, it’s my husband Carl’s birthday. And you’re probably wondering why I’m dressed like this. Well, it’s for my husband’s birthday!” she said in a video posted to her social media accounts.

She wore a very similar outfit from her original cover and hoped her husband of 55 years liked what he saw! We are sure he did!

Watch her video below.