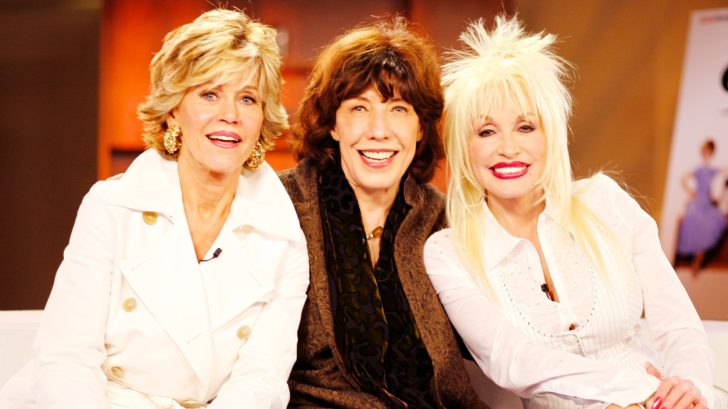 Ever since the film 9 to 5 was released in 1980, fans have been hoping that its stars would reunite for a sequel one day. But in the years that followed, Dolly Parton, Jane Fonda, and Lily Tomlin saw their careers traveling in directions that never led to a 9 to 5 followup.

That’s not to say that a sequel to the popular workplace comedy hasn’t been talked about before. In fact, plans for a sequel emerged not long after the first film was released. However, Parton was the only one of the three main cast members on board at the time, so those plans were shoved aside.

Since then, rumors have continued to pop up every so often that a 9 to 5 sequel has been given the green light. At last, fans of the film were given a glimmer of hope when one of the strongest sequel rumors emerged in March. But is there any truth to it?

In March, Deadline Hollywood published a report that stated a 9 to 5 sequel was in the works. According to the publication, the project is being headed by the original film’s screenwriter, Pat Resnick, and actress, producer, and writer Rashida Jones.

At the time, the publication also reported that Parton, Fonda, and Tomlin were all “circling” the project. But the full extent of their involvement was unknown.

Of course, that was all just talk, and no one was sure if it meant that a 9 to 5 sequel was really happening. After all, we’ve been hearing rumors about followup films for nearly four decades.

The News You’ve Been Waiting For

Finally, fans of 9 to 5 can breathe a sigh of relief, because it seems that these sequel rumors are true.

Confirmation of a sequel came from none other than one of the main stars, Fonda. She spoke to reporters about the subject at a Television Critics Association press event. In addition to revealing her role as an executive producer on the film, Fonda let everyone know just how involved she, Tomlin, and Parton will be in its creation.

“Right now, Dolly, Lily and I are all intending to be in it,” she said.

Well there you have it folks, it seems that a 9 to 5 sequel is actually happening this time! It’s been far too long, but better late than never, right?