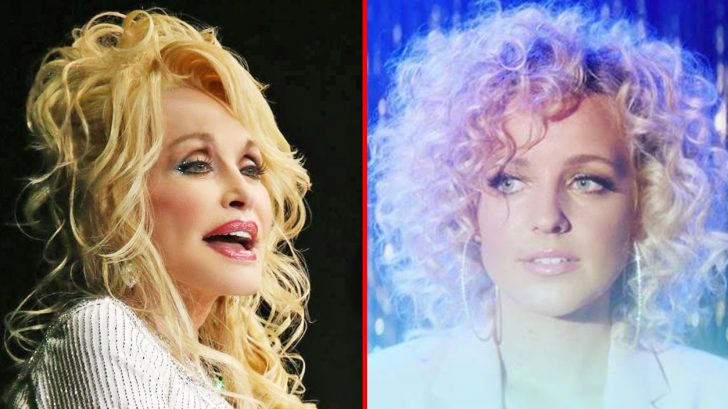 In 1973, Dolly Parton released one of her most famous songs – “Jolene.” It has since become the song most recorded by other artists out of anything she has ever written. Despite not winning any Grammy’s when she first released it, 43 years later, her version with a cappella group Pentatonix won a Grammy for Best Country Duo/Group Performance.

Parton famously wrote the song after she saw a red-headed bank clerk flirt with her husband Carl Dean when they were newly married. Parton has previously stated that Jolene’s name and appearance in the song was inspired by a young fan who once asked her for an autograph.

44 years after Parton first released “Jolene,” country singer Cam unveiled a response song titled “Diane,” which has been described as the apology many spouses deserve, but never get.

“The song is the other woman coming forward,” Cam explained to ABC Radio. “Reaching out to the wife, saying ‘The guy I’ve been seeing, I didn’t realize he was married, but it’s your husband. And you deserve to know.’ So it’s promoting this open communication:  honesty, integrity in a hard situation — not making it harder.”

Parton has yet to comment on “Diane” – until now.

Talking with ABC Radio, the country legend said, “It’s an amazing song! And I was happy that somebody was touched enough to want to do that.“

Although she loves Cam’s response song, she is now revealing that she had one of her own written.

“I actually have a version of my own,” she said. “You know, the ‘Jolene’-the-other-woman song. Someday I had planned to do that as a duet. But she did a really good job on that and I’m real proud of her. She’s really one of my favorite new artists in the business.”

We would have loved to hear Parton’s response to “Jolene,” but since she loves “Diane” so much, maybe she will let that be the official response to her 1973 hit? Watch Cam’s music video for “Diane” in the video below.