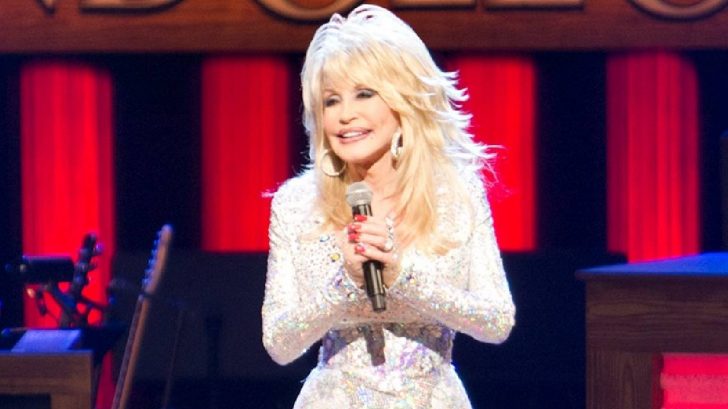 Longtime fans of country legend Dolly Parton have noticed that she always covers her arms in one way or another.

Her long-sleeved fashion choice was recently brought to our attention and while scrolling through her Instagram page, which is filled with photos from throughout her 50+ year career, it all but confirmed that she definitely prefers her arms to be covered!

Been pickin' and grinnin' my whole life and I don't have plans to quit now! ?

Luckily for us, Parton herself addressed this wardrobe choice, revealing in a 2017 interview with Vanity Fair why she chooses to wear long sleeved tops. It has been long rumored that Parton makes this choice because she is covered in colorful tattoos all over her body.

Rainy days are just an excuse for pretty umbrellas. Don't let it slow you down! #MondayMotivation

For the first time, Parton spoke out about those rumors, which are surprisingly true! Not only did she discuss her tattoos, she also spoke about the little-known reason why she actually has them.

“I don’t really like to make a big to-do of [the tattoos] because people make such a big damn deal over every little thing,” she said in the interview. “But most of the tattoos, when I first started, I was covering up some scars that I had, ‘cause I have a tendency to have keloid scar tissue, and I have a tendency where if I have any kind of scars anywhere then they kind of have a purple tinge that I can never get rid of. So mine are all pastels, what few that I have, and they’re meant to cover some scars.”

According to Shared, those pastel tattoos she is talking about are actually butterflies, which makes total sense because the country legend loves them! Between her butterfly-inspired rides and attractions at Dollywood, to her 1974 song “Love Is A Butterfly,” to her 2017 album cover, it’s pretty clear Parton adores the cute insect.

My very first children's album is out NOW! ?http://smarturl.it/dollyibelieveinyou

She spoke about the tattoo rumors once again with PEOPLE in September 2020.

“My tattoos are pretty, they’re artful and they usually started out to cover some scar, not to make a big statement,” she said. “Ribbons and bows and butterflies are the things that I have. I was very sick for a while and I had to wear a feeding tube. It left a little indention in my side and I didn’t like it because I’m so fair that scars turn purple on me.”

Parton continued, “I like to make positives out of negatives. I had a little beehive tattooed over it — a little yellow-and-brown beehive with a tiny little bee on top of the hive. The mouth of it is that little sinkhole.”

Glad she cleared up those rumors, but we wish she would show them off!

Watch her perform – in long sleeves – on The Porter Wagoner Show back in 1974 below.