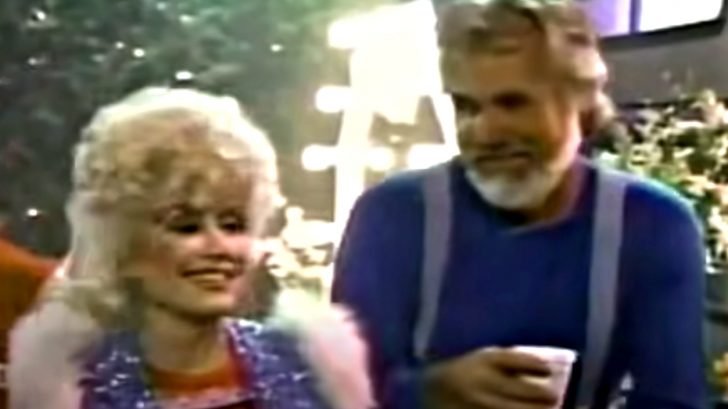 It was late October of 1984 when country’s favorite duo, Dolly Parton and Kenny Rogers released their holiday album, Once Upon A Christmas. The album had a ten song tracklist full of some of Christmas’ greatest hits sung by Dolly and Kenny themselves. Alongside the hit holiday album was the Christmas television special Kenny & Dolly: A Christmas To Remember. The special aired that same year on CBS just a few weeks before Christmas.

Kenny & Dolly make everyone smile! Thank you Gregg for sharing in our #12DaysOfChristmas celebration. "Whenever I get…

One of the most popular songs, “A Christmas To Remember” had a music video that had fans laughing all the way into next year. The video begins with Kenny and Dolly on the phone trying to arrange a time to see each other within the year. When their star-studded schedules don’t match up, they are forced to pick a date in December. Flash-forward to the “most wonderful time of the year” and the duo is together yet again!

A photo of Kenny Rogers and Dolly Parton from the CBS television special 'Kenny & Dolly: A Christmas To Remember'. The special originally aired on Sunday, December 2, 1984.

In a ski lodge in Tahoe surrounded by mannequins dressed in snow gear, the pair begins to sing together. The song tells the story of falling in love during Christmas time with an unexpected lover. As the seasons change, their love melts until the next December.

“Strangers when we met, lovers as we leave. Christmas to remember, too good to believe. Don’t know how or when, but I know we’ll meet again. We’ll come blowin’ back to somewhere like some wild restless winter’s wind.”

i busted a lil kenny & dolly christmas to remember. and i'm betting a few other folks out there have done the same. there's no shame in that game.

This is the ultimate Christmas classic to get you into the spirit!