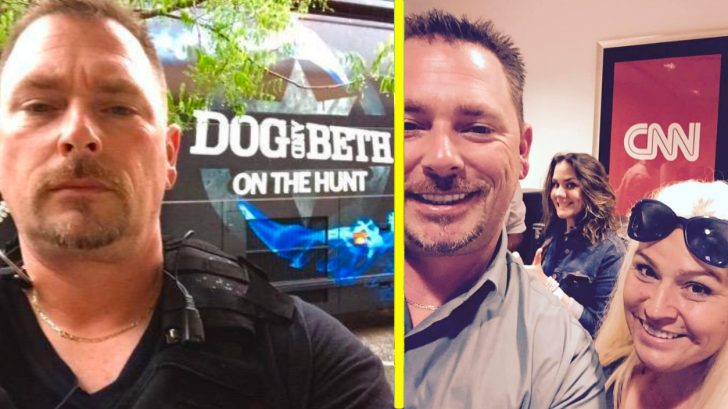 Fans of the show Dog’s Most Wanted will be saddened to learn that one of the stars of the show has passed away at the age of 50.

Duane Chapman, who is also known by his nickname “Dog,” made a name for himself with multiple shows following his career as a county hunter. One of his many shows was called Dog’s Most Wanted, which ran on WGN in the fall of 2019.

The show starred Dog and his then-wife Beth (who has passed away from cancer before the show aired), each of their ‘right hands,” then-married couple David and Rainy Robinson, as well as Dog and Beth’s children Leland, Cecily, and Dakota. Rounding out the cast are the security, who are former prize fighters, Sonny Westbrook and Kaleo Padilla.

Rainy and David were married in 1995 and in September 2020, they separated. They share two daughters and three grandchildren together. David remarried on May 22 this year to a woman named Brooke, who confirmed on her personal Facebook page on Thursday (Dec. 1) that her husband had suddenly passed away.

“My husband David John Robinson passed away suddenly at our home on November 30, 2022,” she wrote. “David was very healthy and was on a work call in our dining room when he collapsed. Life saving maneuvers were attempted and a paramedics were called. David died in my arms.”

She asked for “time and space to grieve the husband, father, brother, and friend that was lost.”

Brooke also shot down the “rumors” or a heart attack or stroke.

Chapman spoke to TMZ about David’s death and said, “I’m shocked and saddened by the sudden loss of David Robinson, my right-hand man of many years. Until we meet again, brother.”