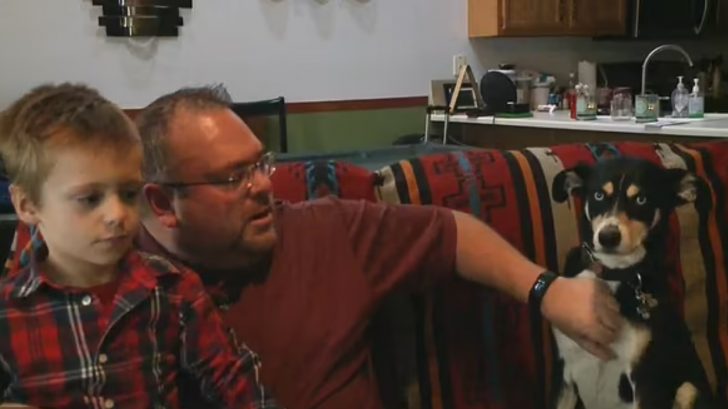 Roxy, a husky and coonhound mix saved the life of her family in Ankeny, Iowa after detecting there was carbon monoxide in the home and woke them up.

37-year-old Brad Harbert, Roxy’s owner said he realized something was wrong after being awakened in the middle of the night by the dog who was acting very much out of character.

“She just was jumping off my bed, jumping back up on the bed,” Brad told WHO13, the NBC affiliate in Des Moines. “When I started to come to, I was hearing an alarm, and it wasn’t the smoke alarm.”

Brad said that Roxy is “really mild-mannered” and rarely ever barks except when she’s commanded to. After becoming more awake and aware, he then realized that his beloved pet was acting out of character because of the carbon monoxide detector that was going off in another room of the house.

He said, “I jumped out of bed. Right when I did, Roxy came out to the hallway and she scratched Jackson’s door to see if he was OK.”

Brad ran down the hallway to wake up his father, and then his son, and then grabbed Max and took them all outside when he called 911 to them in case there was a gas leak.

Within minutes, the Ankeny Fire Department showed up at the home but they couldn’t figure out where the poisonous gas was coming from.

MidAmerican Energy was called and they drove out to the location and it was finally determined that the carbon monoxide was leaking from Harbert’s electric and gas fireplace.

According to the Centers for Disease Control and Prevention, over 400 people die from carbon monoxide poisoning (not linked to fires) each year in the United States.

In the interview, Brad got choked up while he was talking about Roxy’s persistence to wake him up and make sure the family was safe.

“She’s pretty special to us. I could tell something was wrong that night that she woke me up and just her actions, she was kind of shivering and just really concerned that we would get outside,” he said.

After the incident, Brad advised other homeowners to make sure they get carbon monoxide detectors and if they have a gas fireplace, to get it checked and serviced to protect themselves from potential danger.

Watch Full Interview Below With Family