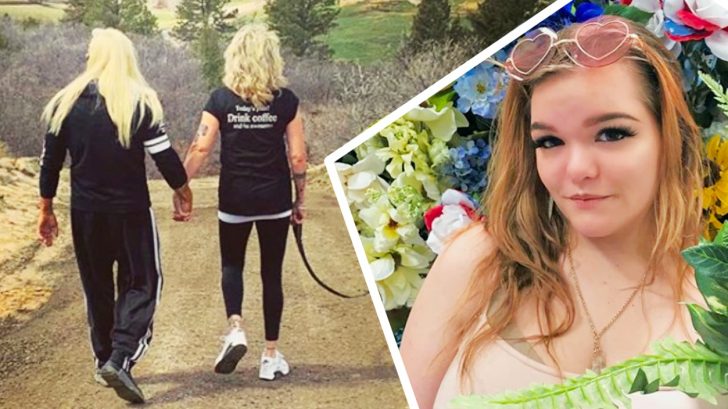 After Duane “Dog” Chapman announced he is now engaged to Francie Frane, his daughter, Lyssa, spoke out in support of their relationship.

Lyssa took to her Instagram Story to post a screen grab of Dog and Francie’s Sun interview in which they announced their engagement and described the proposal. On top of the screen grab Lyssa wrote, “Welcome to the fam Fran!”

Lyssa and her sister, Bonnie, have been outspoken supporters of their dad’s new relationship from the get-go. They have both stepped up to defend their father from those who criticize him for moving on after the passing of his wife Beth in June 2019.

Francie lost her husband in 2019 as well, and she and Dog bonded over those shared sorrows. They find comfort in one another, which is something Bonnie is extremely grateful for.

Beth was not Lyssa’s mother, but the two were close. However, she was Bonnie’s mother, so people have been especially curious to know what she thinks of her dad’s engagement to Francie.

Through a series of comments on Dog’s Instagram post announcing his engagement, Bonnie defended her dad and Francie, and made it known she approves of their relationship.

People cites Bonnie’s various comments on her father’s post. She addressed how her mom originally expressed she didn’t want Dog to remarry after her passing. But Bonnie said Beth’s “feelings changed as her condition worsened.”

“I had this talk with her, my mother had so much love for my father, she would never want him to be alone,” Bonnie said. “My mom wanted him to be happy no matter what.”

Bonnie fully believes that her mom brought Francie into her dad’s life, saying, “I know that she sent Francie.” She also described her dad’s new fiancée as a “wonderful woman” and “a blessing” that is helping him “heal day by day.”

“My father has gone through so much this past year without my mother,” Bonnie said. It’s been extremely difficult to see one parent pass, and the other so intent on following. My father deserves to be happy.”

It seems like Dog is quite happy with his new love and the support of his daughters behind him. Tune in to the video below to hear how Bonnie and Lyssa have stepped up to defend their dad since he first revealed his relationship with Francie in March.

We wish Dog and Francie lots of love and happiness together.