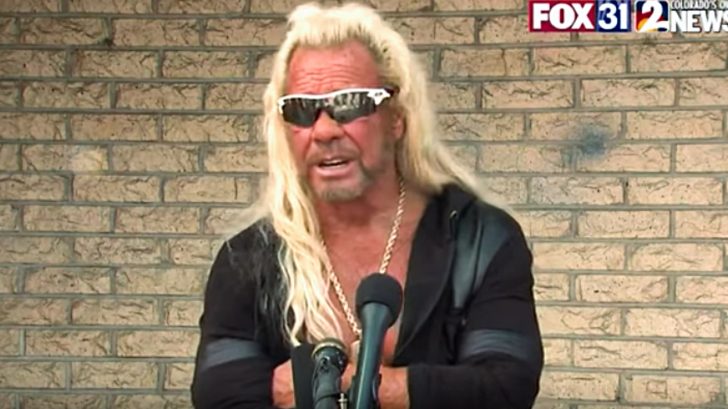 We all know about the crazy scam emails from our “long-lost Nigerian Prince” relative who needs money to get out of a pickle – but it appears that these wiley scammers have gotten very advanced and have learned enough to actually be taken seriously by a talent company and television star.

Dog The Bounty Hunter recently just lost his beloved wife and partner in crime-fighting, Beth Chapman, on June 26th, 2019. As their new show on WGN America continues filming throughout this difficult time and he finds his way through life without his angel, several dark things have happened to the family.

First, the official Dog The Bounty Hunter store in Colorado was robbed and many of Beth’s own personal items and gear for the show were taken.

There has been talk in a few groups online that the possibility it was an inside job is very high, however, there has been no official word.

Now, in another bizarre twist to this chapter of Dog’s life, it appears very sophisticated scammers targeted him in a scheme that totaled more than $400,000. They were so good, in fact, that his talent company even fell for it. At least for a little while.

Dog The Bounty Hunter and his management company received an offer for him to speak at an economic empowerment convention for small business owners in the UAE. This email appeared to come from the office of the very-real Deputy Prime Minister of United Arab Emirates.

They offered to pay Dog a large sum in order to secure his attendance at the event and they sent a real, factual, and standard-looking contract to the talent agency Dog is repped by.

At this point, Dog even joked to his talent rep that if it turned out to be fake he could bust a money-laundering scheme…and how all-too-real this became for the reality star.

So, the talent agency and the person from the Deputy Prime Minister’s office get to work on negotiating an agreement and details. Then, the contract is signed and they start to talk about the payment of the fee.

Apparently, the office in UAE was “having problems” wiring the funds internationally to Dog’s business bank account – so they asked for his personal account information at a different bank. This is where Dog and his rep really got into investigating things – only to discover that the event never existed and the hotel it was supposed to be at does not have any such event planned for the “Mansour Foundation.”

The two decide to walk away from this fake scam and wash their hands of it…but it’s not quite over yet. Not much later and they receive a very real check – for $430,000.

While the check was real, and the bank verified that the account number on the check was an active account – the check was drawn from a Portland, Oregon construction company. And they obviously had no idea someone was trying to hire Dog The Bounty Hunter for a UAE event they aren’t part of.

The scary part? The scammers asked Dog to deposit the check and “donate” the extra $250,000 to the foundation. If he had done so, the check would have cleared – but then been clawed back after the fraud was discovered…and Dog would have paid $250K of his own money to the scammers.

The feds and local law enforcement has been informed of the scam – but in this digital age, it’s nearly impossible to track down the scammers.