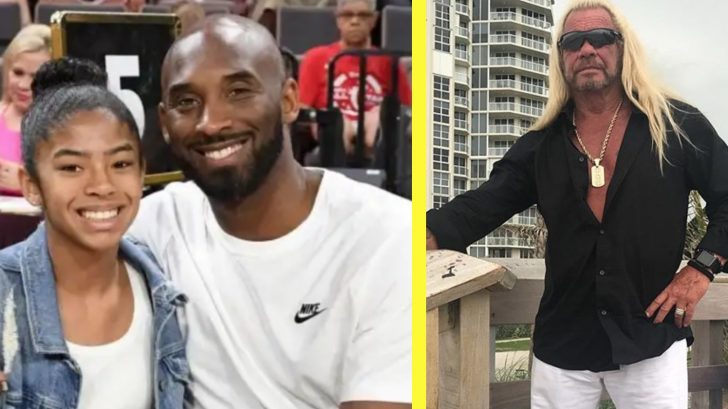 Just over six months after the tragic passing of his own wife, Dog The Bounty Hunter addressed another family’s own devastating loss after the news of Kobe Bryant and his daughter’s passing.

Duane “Dog” Chapman, who is one of the world’s most famous bounty hunters, took to social media to share his condolences and sadness over the loss of all nine people who died in the helicopter crash on Sunday, January 26th, 2020.

REST IN PEACE: The helicopter crash that killed NBA legend Kobe Bryant and his daughter, Gianna, also killed seven other people. Every person onboard has now been identified. https://t.co/uNQxgq9APA pic.twitter.com/pljVTNHdNN

Dog, who lost his wife Beth Chapman in June 2019, has experienced the loss of a loved one recently and also endured facing his own mortality when he was diagnosed with a pulmonary embolism just two months later.

“Our prayers and thoughts go out to all the victims, their families and loved ones of those who perished today in the crash,” Dog wrote on Instagram along with a photo of Bryant in his Lakers uniform.

our prayers and thoughts go out to all the victims, their families and loved ones of those who perished today in the crash ?

Bryant and his daughter Gianna along with seven other people were killed after their helicopter crashed into a hillside in Calabasas, California during heavy fog. All the passengers were on their way to a basketball game when the aircraft crashed and according to CBS News, the fog conditions were bad enough at the time that local police agencies had forced their choppers to be grounded until it lifted.

Our thoughts and prayers are with everyone affected by this terrible accident.