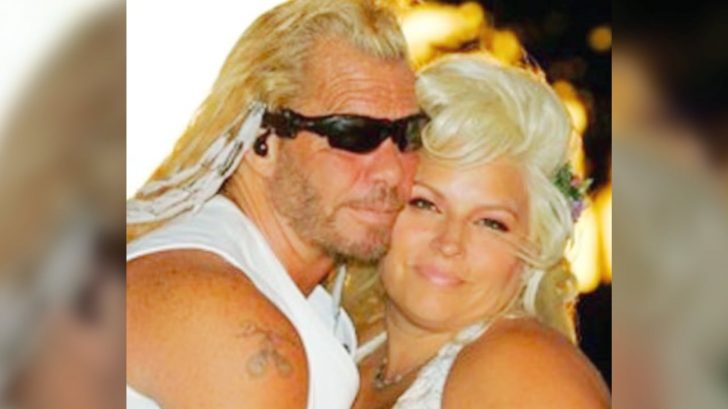 On Wednesday (June 26) Beth Chapman of Dog the Bounty Hunter fame passed away after battling cancer for many years.

Prior to her passing, the reality TV star had spent several days in a Hawaii hospital, where she was placed in a medically induced coma.

Beth’s husband, Duane “Dog” Chapman, was the person who broke the news of her passing.

“It’s 5:32 in Hawaii, this is the time she would wake up to go hike Koko Head mountain. Only today, she hiked the stairway to heaven,” he wrote.

It’s 5:32 in Hawaii, this is the time she would wake up to go hike Koko Head mountain. Only today, she hiked the stairway to heaven. We all love you, Beth. See you on the other side.

Just hours before she passed away, Bonnie made a post from her mom’s hospital bedside. She shared a photo holding her mom’s hand, with the original caption reading “So thankful to call you my mother.”

After Beth passed, Bonnie added to the caption, writing, “Rest In Peace, mom. I love you so much.”

She also posted several messages on Twitter, including one that read “You’ve got a halo now.”

Love you forever mom. You’ve got a halo now. https://t.co/YV8TdIDqBe

In the interview, Dog broke down as he recalled his wife’s final words before she left this Earth. He said that in her typical fashion, Beth wasn’t the least bit concerned about herself, she was just worried about her family:

“When she had an attack I didn’t know anything to do but to say ‘in Jesus’ name’ and hold her and when I said ‘in Jesus’ name’ she said, ‘Say it again, say it more,” Dog remembered. “And then she told the girls and everybody, with her mouth — she came out of it a couple times — ‘I love you’ and ‘Are you guys all okay? Don’t worry.'”

Another bend in the Road yet not the End of the Road . #faith #love #stayhumblepray

Those are some powerful last words that Beth left behind. We’re sure her family will remember and treasure them forever.

You can watch Dog’s full statement to Hawaii News Now by tuning in to the video below. It’s an emotional one, so be prepared to shed a few tears.

Our hearts and prayers go out to Dog and the entire Chapman family during this incredibly sad time. May Beth rest in peace.

#LIVE: 'Dog' Chapman and members of the Chapman family speak to reporters about the passing of Beth Chapman.STORY: https://bit.ly/2Nqixr4#HINews #HNN