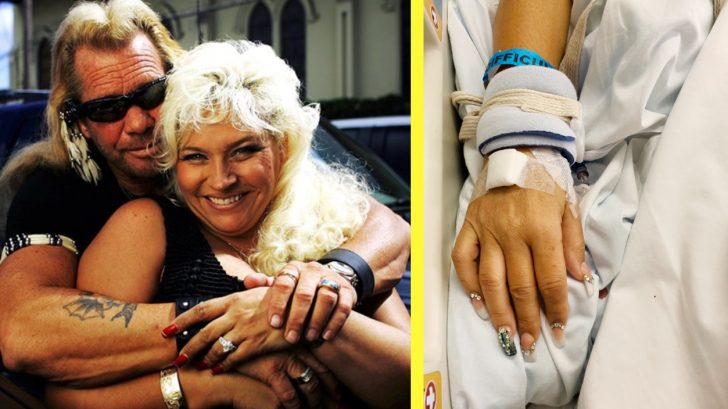 Just a day after the news broke that Dog The Bounty Hunter’s wife, Beth Chapman, had been placed in a medically-induced coma amid another health battle, he has taken to social media and shared the first photo of her in the hospital.

Duane “Dog” Chapman and his wife Beth have carved out their own niche in the world of reality television programming and have amassed quite the fan base. Even after their 8-year run on A&E came to a close, folks wanted to see more of this iconic pair in action, and CMT inked a spin-off deal with them for a series called Dog and Beth: On the Hunt!

On June 22nd, 2019, Dog took to Twitter and asked everyone to pray for his beloved wife before sharing the news of her current medical situation.

Hawaii News Now revealed that Beth Chapman has been admitted to the ICU at a local Hawaiian hospital and has been put into a medically-induced coma, a fact the family confirmed in a statement to the news station.

Beth has had several health battles in the last couple of years and in 2017 had a surgery to remove throat cancer. Last year, doctors said the cancer had returned and she was rushed into emergency surgery to remove a tumor from her throat in November 2018.

Now, Dog has taken to the social media site again and shared a photo of his wife in her hospital bed, presumably while still in the coma.

See Dog’s first photo of Beth since her coma below, and join us in praying for her speedy recovery.