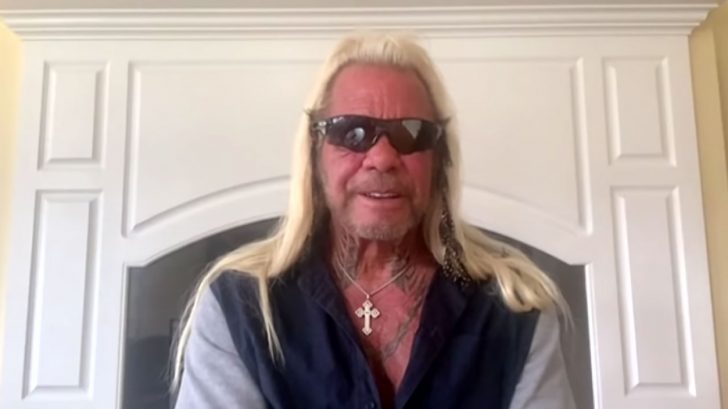 Duane “Dog” Chapman and fiancée Francie Frane are quickly winning family and fans over one day at a time. At first, it seemed as though people were skeptical of the two, and Chapman’s own family thought he moved on too quickly following the death of his late wife. However, Frane seems to be a perfect fit for Dog following the death of her husband as well.

have a great weekend!

After they met, the two bonded over their shared grief and an official relationship soon followed. Dog eventually got down on one knee last May at a romantic dinner at their home in Colorado and popped the question. In an interview with Dr. Mehmet Oz, Chapman revealed his daughter Lyssa’s first impression of Frane compared to what she thinks of her now.

Posted @withregram • @franciefrane Out enjoying today’s beautiful weather with Lola the bulldog ♥️ We walk by faith, not by sight. Living our lives in a manner consistent with our confident belief in God’s promises. 2 Corinthians 5:7

Dr. Oz asked what his kids, specifically, Lyssa, thought about Frane. Dog went on to explain that his daughter had a much different reaction after she met Frane.

“So, when I told her [Lyssa], she goes, ‘Yeah, well just don’t get too excited ’til we all meet her. And then we brought Lyssa for a couple weeks from away to Colorado and stayed at the house and baby Lyssa got up one of the mornings and started texting me, paging me, ‘I wanna see you in the front room’ I thought, ‘Uh oh.’ And she’s like, ‘Dad, my God, don’t you lose this woman.'”

Watch the full interview with Dr. Oz below.